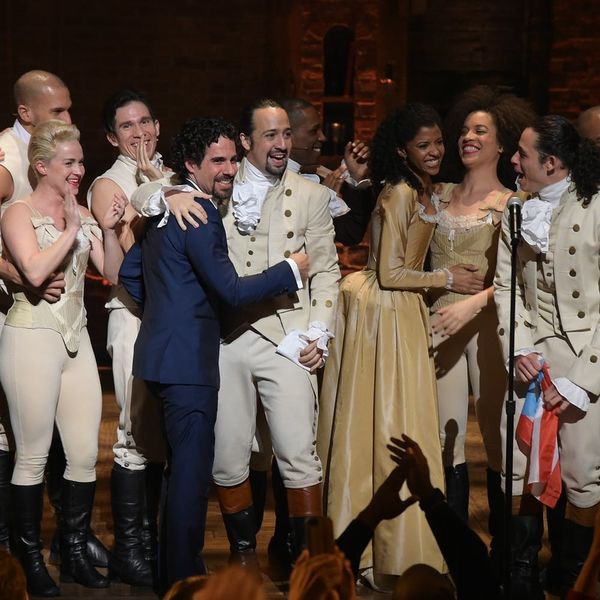 Hold on to your playbills, theater junkies: We have some bright news to follow Lin-Manuel Miranda’s heartbreaking announcement that he’s leaving Hamilton behind: Amélie, A New Musical is coming to Broadway! Better yet, the new musical will actually be tapping some of that Tony-nominated Hamilton talent (minus Titus Andromedon) to help bring Audrey Tautou’s iconic character from the big screen to the stage. No, it’s not Lin-Manuel (though that would be spectacular, no?).

You’ll likely recognize Phillipa from her breakout role as Alexander Hamilton’s wife, Elizabeth Schuyler Hamilton, from the. Biggest. Musical. Of. All. Time. You may have even spotted her at this year’s Tony Awards (IF you could take your eyes off of Jake Gyllenhaal, that is), working the red carpet in a beautiful white Prabal Gurung dress — she was nominated for Best Actress in a Musical.

“I am excited to step back into the shoes of this character,” Phillipa, who has already played the role in workshop productions of Amélie, A New Musical, told Broadway World. “She is joyous, complex and determined, in her own small way, to change the world for the better. I’m so thrilled to have the opportunity to be in the room with this amazing group of artists and collaborators.”

And we, in turn, are thrilled to see her in what’s sure to be another smash hit! Amélie, A New Musical is set to debut in 2017.

What do you think of Phillipa Soo taking on Audrey Tautou’s famous role? Tweet us @BritAndCo.

Barbara Pavone
Barbara Pavone is a pop culture-obsessed writer based in beautiful (but ridiculously cold) Montreal, Canada. When she's not working, she's sipping on a Pimm's Cup and daydreaming about her celebrity hero, Saint West.
Music