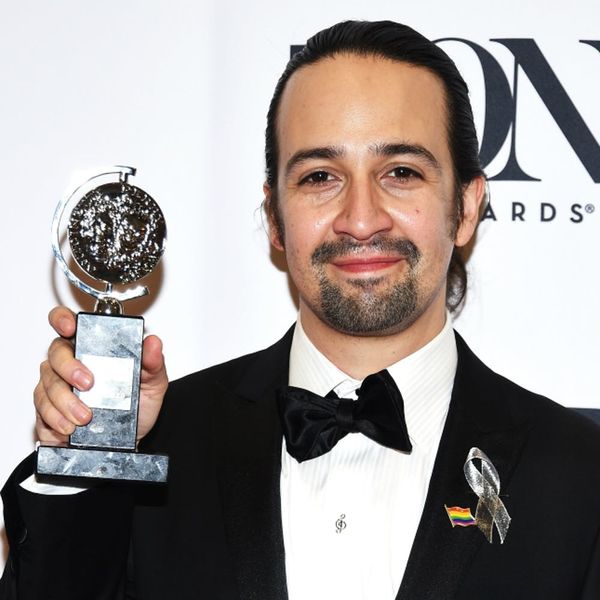 Even before his gorgeous Tony acceptance speech, there were rumors that Lin-Manuel Miranda, the star and creator of runaway Broadway hit Hamilton, would be leaving this summer. He recently signed on to star in a sequel version of Mary Poppins with Emily Blunt, and the show announced it would be heading to theaters around the country. So, naturally, we wondered if those rumors of him leaving were true.

At an event in New York City today, Miranda said that he would, in fact, be leaving the show on July 9th — the day that the entire cast’s contracts are up. Replacing him will be his understudy, Javier Muñoz. Whether or not the rest of the now-famous cast will be coming or going, he couldn’t say. What he did talk about, however, is that he knows he’s not completely leaving Hamilton behind and that he hopes to revisit the character again in the future.

When pressed about the Chicago staging of the show, Miranda hinted at perhaps being involved in the production opening on September 29th. He also admitted that his dream would be to take Hamilton to his ancestral home of Puerto Rico where he previously brought his show, In The Heights.

While we’re sad we probably won’t get to see him perform in Hamilton before his New York contract ends, we love the idea of him popping up in productions around the country from time to time. Maybe if Mary Poppins does well, we’ll get a Lin-Manuel Miranda version on the stage?

Have you seen Hamilton on Broadway? Let us know @BritandCo!