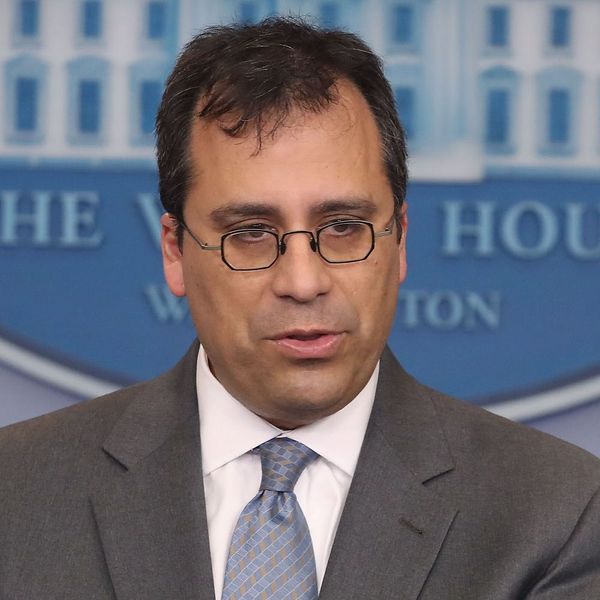 The Department of Citizenship & Immigration Services has updated its mission statement, omitting what some consider to be a key phrase about the foundation of the country. In an email to staffers this week, Director L. Francis Cissna announced the change, raising some eyebrows and leaving many wondering what the future holds for the department and its mandate.

The memo, obtained by The Intercept, notes that the wording changes the meaning of the department’s mission from one of acceptance to one of security. The original read: “U.S. Citizenship and Immigration Services secures America’s promise as a nation of immigrants [emphasis ours] by providing accurate and useful information to our customers, granting immigration and citizenship benefits, promoting an awareness and understanding of citizenship, and ensuring the integrity of our immigration system.”

The new statement reflects a more defensive department and mandate: “U.S. Citizenship and Immigration Services administers the nation’s lawful immigration system, safeguarding its integrity and promise by efficiently and fairly adjudicating requests for immigration benefits while protecting Americans, securing the homeland, and honoring our values.”

In the accompanying memo, Cissna explained that the change was created to help better explain what the department does, and he further highlighted the removal of the word “customers” from the statement to avoid confusion to users.

“I believe this simple, straightforward statement clearly defines the agency’s role in our country’s lawful immigration system and the commitment we have to the American people,” he wrote.

Eleanor Acer, the Director of Human Rights First, said in a statement that the wording change is detrimental to the organization, immigrants, refugees, and those on a path to citizenship, and deeply criticized the president and the GOP administration for making the change.

“It is clear from the language and policies put forth by President Trump and his hard-line immigration extremists that they will stop at nothing to demonize and dehumanize immigrants and refugees, who have often fled violence and persecution in search for a better life for themselves and their children,” she wrote.

“We cannot separate ‘immigrants’ from ‘Americans’ — we are intrinsically linked as children, parents, neighbors, and loved ones. By seeking to distinguish between the two, the administration is turning its back on our nation’s proud history and engaging in dangerous revisionism.”

Do you think this change will have an impact on immigration reform? Let us know @BritandCo.