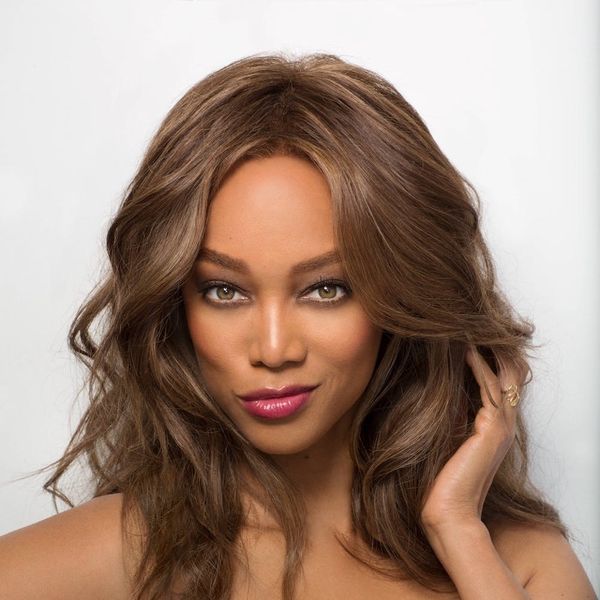 The fourth annual Re:Make Summit and Festival is just a few weeks away, and we are ready to get our creativity on. This year’s Summit speakers are driving the creative movement forward in new and inspiring ways, across a variety of industries. To help jump-start your week, here are some of our favorite quotes from the speakers that provide some serious inspo.

1. “Never dull your shine for somebody else.” — Tyra Banks, Supermodel + Creator, TYRA Beauty

Tyra has dominated everything from the runway to the boardroom. She’s an executive producer, author and savvy business woman, among other things, always taking on challenges larger than the last and showing us brains and beauty can fiercely coexist together. (Photo via Tyra)

2. “A #GIRLBOSS is someone who’s in charge of her own life. She gets what she wants because she works for it.” — Sophia Amoruso, Founder + Creative Director, NastyGal

OG #girlboss Sophia’s story reminds us that there is no template for success. Her unconventional path toward leading a fashion empire started with an eBay store (the first item she ever sold was a stolen book) and included years of good instinct and hard work. (Photo via Sophia Amoruso)

Katia left a job in corporate real estate to start a small subscription service to help women discover new beauty products. Six years later, armed with Katia’s entrepreneurial drive and vision, Birchbox has grown to a successful business with over a million loyal subscribers all over the world. (Photo via Getty)

Sylvia isn’t just leading the Girl Scouts organization; she is a self-proclaimed lifelong Girl Scout. An early science badge gave her the confidence that eventually led to her first job as a rocket scientist at NASA’s Jet Propulsion Labs. A true brand ambassador in every sense of the world, she knows that a brand is only as strong as the people behind it. (Photo via Girl Scouts)

5. “You are imperfect, you are wired for struggle, but you are worthy of love and belonging.” — Brene Brown, Best Selling Author + Research Professor

Brene is a researcher and storyteller who emphasizes that vulnerability is the key to making meaningful human connections. To be imperfect is to be human, and embracing that fact enables you to be a kinder person to yourself and thus others. (Photo via The Huffington Post)

6. “When life gives you lemons, you exchange them at the store for something more edible.” — Grace Helbig, Comedian, Actress + Blogger

Grace’s YouTube series gained immense popularity due to her ability to relate to a teen girl audience. The self-described “awkward older sister” has since penned a book, TV series and film while maintaining what her fans have always loved about her — humor, honesty and realness. (Photo via Grace Helbig)

Justina’s design brand isn’t just based on aesthetics, but rather an expression of herself, an amalgamation of her family, personal Bohemian style and travel influences. She’s not afraid to try new things and express her authenticity through her work. (Photo via The Jungalow)

Melanie has grown spin classes into a national fitness revolution despite numerous competitors trying to grab a foothold in the market. Her key has been focusing on people — both instructors and riders — and creating an uplifting experience that transcends the typical exercise class. (Photo via Getty)

9. “Confidence is the most important thing, and no one is going to give it to you.” — Amanda Haas, Culinary Director, Williams-Sonoma

Amanda knew she always wanted to work in food. In between her first and current jobs at Williams-Sonoma, she went to culinary school and wrote several cookbooks, always learning and never wavering from her true passion. (Photo via The SF Chronicle)

Mamrie combined her backgrounds in bartending and comedy into her popular YouTube series, You Deserve a Drink, now a best-selling book of the same name. Her signature self-deprecating humor reminds us to be true to ourselves and embrace life’s best misadventures (with a drink in hand). (Photo via Getty)

See all these speakers live at Re:Make 2016 from September 30 – October 1. Register here and tweet us your favorite inspirational quotes @BritandCo!