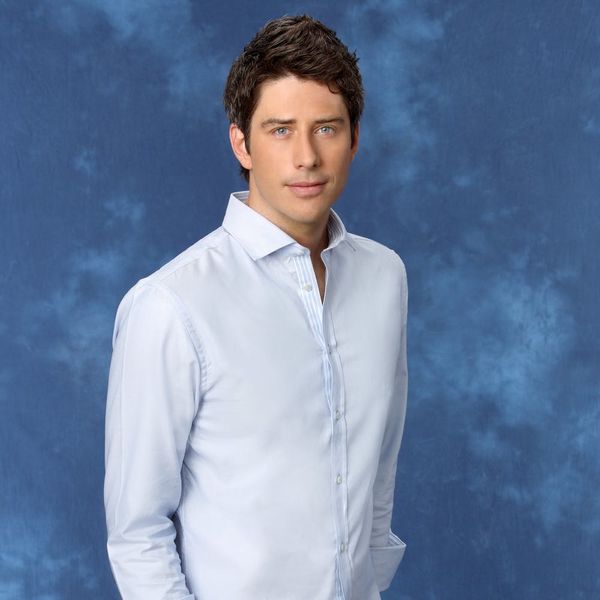 Talk about a blast from the past! In an announcement on Good Morning America today, ABC surprised fans with their new Bachelor, season eight Bachelorette runner-up Arie Luyendyk Jr. If you’re new to Bachelor Nation, his name may be unfamiliar, but OG fans of the show will remember Luyendyk losing his chance at love with Emily Maynard to Jef Holm in 2012.

At the time, there was speculation that Luyendyk would take up the mantle of the next Bachelor, but fellow contestant Sean Lowe ended up in that position instead. Now, it’s Luyendyk’s time to shine. Here are seven things you may not know (or may have forgotten!) about the season 22 star.

1. Auto racing is in his blood. Luyendyk’s dad, Arie Luyendyk Sr., is a two-time winner of the Indianapolis 500, and Luyendyk himself qualified for the 2006 race and has also competed in the Indy Lights Series.

BOOM Im a Realtor! Settling into my winter career & loving it. Showing this nice home in Arcadia this weekend. Need an agent? #racingrealtor pic.twitter.com/PWEhhLbnop

3. He’s a realtor. When Luyendyk needed an off-season career, he looked into the world of real estate. Last year, he got his realtor’s license.

4. He’s dated multiple Bachelor Nation stars. After his on-screen romance with Maynard fizzled, Luyendyk dated two other former Bachelor contestants. In 2012, he hooked up with Courtney Robertson after she ended her engagement to Ben Flajnik, and in 2013, he very briefly dated Selma Alameri, a contestant from Lowe’s season.

5. He is one of the oldest Bachelor contestants in the show’s history. With his 36th birthday just around the corner, Luyendyk is one of the oldest leading men the show has ever had. (Season six Bachelor Byron Velvick was 40, and two-time Bachelor Brad Womack was 38 during his second stint.) “I’ll be 36 in a few weeks, so for me, it’s time,” Luyendyk said on GMA. “All my friends around me have kids and have grown up. I feel like I’m the last one of my friends to really take that last step.”

6. He speaks Dutch. Luyendyk, who was born in the Netherlands, spoke Dutch to his family during his hometown date with Maynard in 2012.

7. He’s superstitious. During his announcement on GMA, Luyendyk revealed that he was wearing the same suit he wore to his younger brother’s wedding, in the hopes that it would bring him good luck in finding his future bride.

Will you watch Luyendyk’s season of The Bachelor when it airs in January? Tell us @BritandCo!

Kat Armstrong
Kat has been a writer, social media maven and mom for longer than she's willing to admit. She's also spent time in front of and behind the camera, interviewing celebs, politicians and acting as a producer for fashion and artistic photography shoots. When she isn't writing for various orgs and publications, she's hanging with her kids, husband and French Bulldog, Peter, in Toronto, Canada.
the bachelor
TV
the bachelor The Bachelorette
More From TV