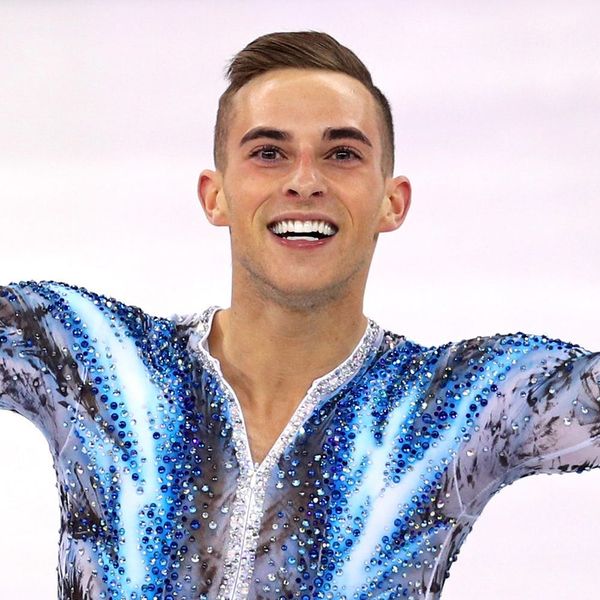 US figure skater Adam Rippon made headlines even before arriving in PyeongChang for the 2018 Winter Olympics, and his star has only risen since. Celebrities such as Britney Spears and Reese Witherspoon have tweeted their support at the skater, and Sally Field even went so far as to try to set up her son with the athlete. Rippon has now responded to the attempted matchmaking, and he was predictably awesome about the whole thing.

The whole thing started when Field’s son, Sam Greisman, tweeted a screencap of a text convo with his mom about his “Olympic crush.” Field texted Greisman saying Rippon was “insanely pretty” and implored her son to “find a way.” Greisman was appropriately embarrassed — even more so when Field made sure to retweet the convo while tagging Rippon so he’d see it.

“Sam was mortified,” Field told BuzzFeed of her total mom move. “I have to bud out now, but I would like to see Adam in the family.” Rippon’s response? “She bold!”

Greisman has stayed relatively quiet about the attempted set-up since the initial tweet, but he did say that a publication’s reference to him as a “single son” at least inspired a new rap name — so at least he got something out of it!

What do you think of Adam Rippon’s response to Sally Field? Let us know @BritandCo!