Amal Clooney Is Using Her Celebrity to Highlight Human Rights 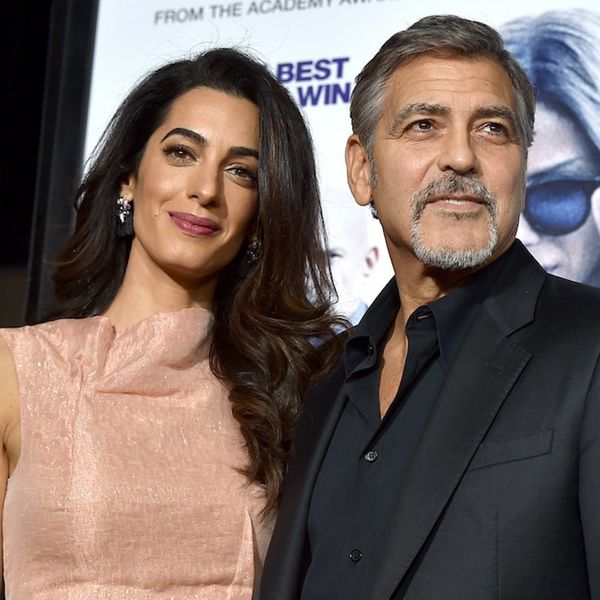 Amal Clooney may be married to George Clooney and possesses some serious DIY skills, but she’s definitely not your typical celebrity. Since marrying the silver fox himself just last year in probably the dreamiest Venetian wedding ever, Amal was thrust into the celebrity spotlight where she’s quickly become a style + beauty icon. On the red carpet + front pages, however, Amal, a top human rights lawyer for the last 15 years, has always been kind of reluctant to take on the mantle of celebrity… but she’s taking centerstage now for a very good cause.

Amal Clooney is currently in Washington rallying for the U.S. to create sanctions against human rights abuses and she’s using that star power she inadvertently gained when she married a certain Hollywood actor to do it. She also decided to sit down with NBC’s Cynthia McFadden for her first ever American network TV interview on Thursday in hopes of highlighting what is happening at the moment in the Maldives.

While the teeny island nation has become a vacation spot thanks to its crystal clear waters, its Instagram-ready huts that sit right on the ocean and for generally exuding tropical vacay vibes, it’s also currently embroiled in a human rights crisis. It’s there that Amal’s client and former pro-democracy president of the Maldives, Mohamed Nasheed, is locked up for a 13-year sentence on terrorist charges — charges the U.S. deems illegal. “Democracy is dead in the Maldives,” Amal tells Cynthia. “Literally, if there were an election now there would be no one to run against the president. Every opposition leader is either behind bars or being pursued by the government through the courts.”

So yes, girlfriend knows how to look polished and yes, we all need to know her hair stylist’s secrets, but all of that comes in second to the waaaay more important work she’s doing as a top human rights lawyer. Bravo, Amal!

Check out the whole segment on NBC below.

What do you think about what Amal Clooney is doing with her celebrity? Tweet us @BritandCo!

Kimberly Wang
Kimberly Wang writes about all things pop culture, tech, style, and beauty. She's a Bay Area transplant and has an MFA in Creative Writing from Columbia University. On a sunny New York day, you can find her hanging out with her mini schnauzer Isabelle Jellybean on a blanket in Central Park.
Celebrity News