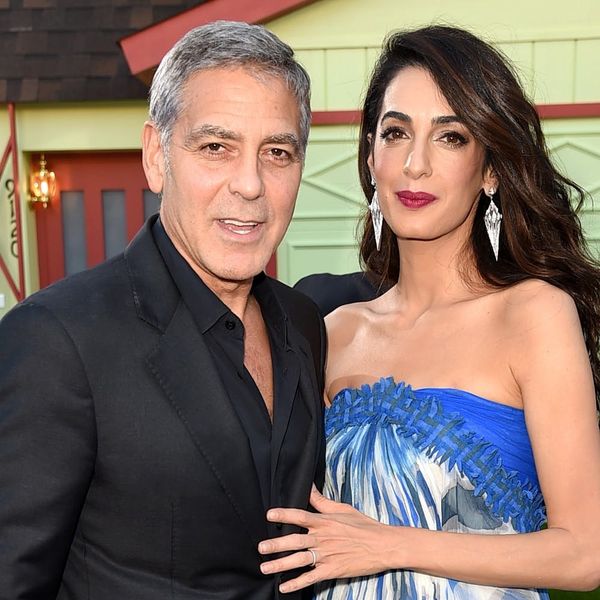 “We’ve had some ‘Mamas’ and ‘Dadas,'” she revealed in a May 2018 Vogue cover story, adding, “George was very careful to ensure that ‘Mama’ was the first word.”

Despite the couple’s busy schedules, she and George make sure they don’t miss these mini milestones by carving out morning “quality time” with the twins at their home in England’s Sonning Eye, an island in the Thames River. “Between six and eight in the morning we get to have them in our bed,” Amal shared. “I don’t schedule any calls before eight.”

Still, she says it wasn’t so easy in the beginning. “When I was nursing, it was much more complicated, because there are two,” she told the magazine. “I had all manner of weird cushions and pillows and machines.”

George, for one, thinks she balances motherhood and her career beautifully. “She’s the professional, and I’m the amateur,” he gushed in the profile. “I get to see someone at the absolute top of their game doing their job better than anybody I’ve ever seen.”

The actor has felt that way about Amal since the day he met her. Though he had previously said he wasn’t interested in marrying again, he “immediately knew that something was very different” when he started dating Amal.

She felt the connection very early in their relationship, too. “It felt like the most natural thing in the world,” she told Vogue. “Before that experience, I always hoped there could be love that was overwhelming and didn’t require any weighing or decision-making.”

After marrying in 2014 and welcoming their babies last June, the rest is now history. And although Amal, 40, didn’t find that life-changing love until her mid-30s, she says it was worth the wait: “It’s the one thing in life that I think is the biggest determinant of happiness, and it’s the thing you have the least control over.”

Do you know what your first word was? Tell us @BritandCo!