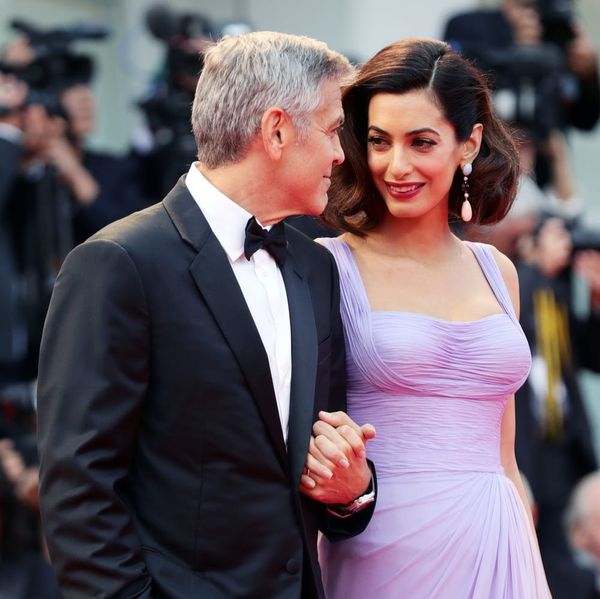 George Clooney recently sat down with The Hollywood Reporter to discuss everything from his new movie, Suburbicon, to his relationship with wife Amal Clooney (née Alamuddin). During the interview, the actor shared the story of the moment he and Amal found out they were having twins, which came as a shock to both him and the activist-attorney.

Clooney said that he and Amal didn’t even consider having children until after they were married. “It had never been part of my DNA,” he told THR. What changed their minds was a post-wedding discussion about their desire to share the good fortune they had both achieved over their lifetimes.

“We didn’t plan on it,” the director recalled. “We never talked about it until after we were married, which is funny. There was an assumption that we didn’t want them. And then, after the wedding, Amal and I were talking and we just felt we’d gotten very lucky, both of us, and we should share whatever good luck we’ve got. It would seem self-centered to just have that belong to us.”

At home with George Clooney in Italy: Amal, the twins, fatherhood, racism and an incendiary new movie with Matt Damon and Julianne Moore. Read the Hollywood Reporter's latest cover story with the @SuburbiconMovie director now — link in profile. Photo: @millermobley

Amal became pregnant not long after that, according to Clooney, who said they didn’t need the aid of fertility drugs (a common reason for women to have multiples). They found out they were having twins when they went for their first sonogram in her hometown of London — and they were floored.

“[The sonogram technician] goes, ‘Well, there’s one.’ And I said, ‘Great.’ And then he goes, ‘And there’s the second one.’ And I was like, ‘What?’ We just sat there, staring at that piece of paper they give you, and I kept thinking there was a mistake.”

The couple welcomed Alexander and Ella in early June. “You know, everything is conceptual until it’s real,” he told THR of fatherhood. “It’s like, ‘Yeah, we’re going to be parents, yeah.’ And all of a sudden you go: ‘Holy sh*t. I’m a parent!'”

Not surprisingly, the pair aren’t getting a lot of sleep these days, but Clooney is figuring out his strengths as a dad: “I’m a very good diaper guy, which I didn’t know I would be.”

For his wife, the greatest surprise in their relationship is a simple one. “What a great father he is,” she told THR, much to her husband’s surprise.

Do you have twins? Tell us about them @BritandCo!