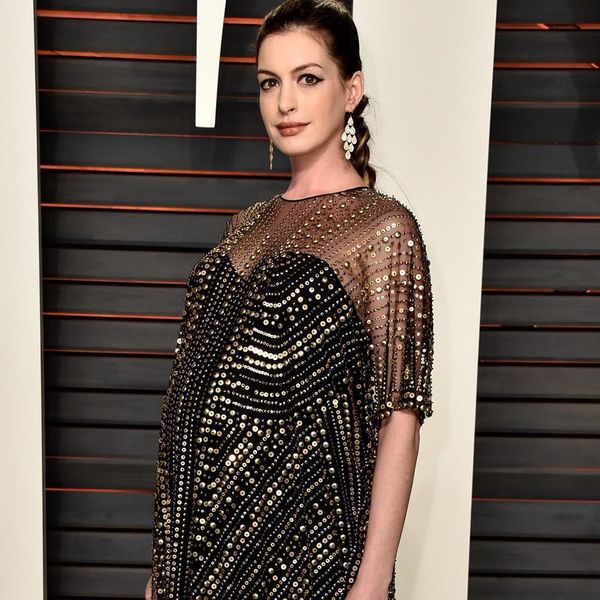 While Anne Hathaway has had a pretty low-key first pregnancy, it hasn’t been without a few standout moments. Mainly, we’re talking about that totally empowering bikini pic and that Oscars selfie she posted with her bump. Well, it seems those nine months have flown by because Anne and her husband Adam Shulman recently confirmed to E! News that they welcome a son on March 24.

The newborn’s name? Jonathan Rosebanks Shulman. I mean, we have to admit it’s a very, very tame pic in the celebrity baby name world but hey, at least it’s not Kombucha or Spirulina. According to Nameberry, Jonathan is of Hebrew roots and is said to mean “gift of Jehovah.” It came in as the 44th most popular boy name in US in 2014.

Little Jonathan, you’re only a couple weeks old and for some reason it feels like we should be gifting you a briefcase rather than a bib as a “welcome to the world” gift. Congrats to the growing fam!