Celebs Pay Tribute to Aretha Franklin After Her Death 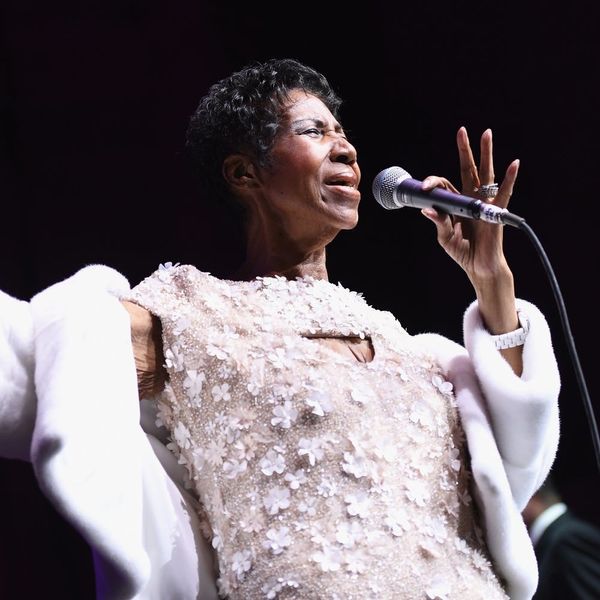 Aretha Franklin, known as the Queen of Soul, died at her Detroit home on Thursday, August 16, at the age of 76, her family has confirmed.

“In one of the darkest moments of our lives, we are not able to find the appropriate words to express the pain in our heart,” her family said in a statement. “We have lost the matriarch and rock of our family. The love she had for her children, grandchildren, nieces, nephews, and cousins knew no bounds.”

The news comes just days after reports of Franklin’s failing health. The official cause of death was pancreatic cancer, for which she had recently been receiving care at home, surrounded by family and friends.

Franklin is widely considered one of the greatest singers of all time. Her signature hit “Respect,” released in 1967, became an unofficial theme song of the feminist and civil rights movements at the time, and along with other songs such as “Chain of Fools,” “(You Make Me Feel) Like a Natural Woman,” and many more, made her one of the best-selling artists ever with more than 75 million albums sold.

Tributes from all over the world poured in following the news of Franklin’s passing, including from John Legend, who saluted the Queen of Soul by calling her “the greatest vocalist I’ve ever known.”

Lin-Manuel Miranda counted himself lucky to have seen Franklin perform just once and thanked her for her music.

Lucky enough to have seen Aretha live exactly once, and this was it.
Thank you for the music, we will be listening to you forever https://t.co/aMHIBFaTAs

Bette Midler echoed what many believe to be true — that Franklin was the greatest voice in American pop music. “For me, she was a musical lighthouse, guiding and inspiring with every note,” she wrote. “I loved her so and love her still.”

The greatest voice in American popular music has been stilled. Our beloved #ArethaFranklin has gone. For me, she was a musical lighthouse, guiding and inspiring with every note. I loved her so and love her still. Goodbye, Queen of Soul.

Ava DuVernay shared lyrics from one of Franklin’s iconic hits, “(You Make Me Feel Like) A Natural Woman”: “‘Looking out on the morning rain / I used to feel so uninspired / And when I knew / I had to face another day / Lord, it made me feel so tired / Before the day I met you / Life was so unkind / But you’re the key to / My peace of mind.’ Her voice/swagger was peerless.”

Hillary Clinton mourned the loss, telling followers that Franklin “deserves not only our RESPECT but also our lasting gratitude for opening our eyes, ears and hearts.”

Mourning the loss today of @ArethaFranklin who shared her spirit and talent with the world. She deserves not only our RESPECT but also our lasting gratitude for opening our eyes, ears and hearts. Rest in eternal peace, my friend.

Paul McCartney praised the late singer’s inspiring work and talent. “Let’s all take a moment to give thanks for the beautiful life of Aretha Franklin, the Queen of our souls, who inspired us all for many many years,” he wrote. “She will be missed but the memory of her greatness as a musician and a fine human being will live with us forever.”

Christina Aguilera, who counts Franklin as one of her main musical inspirations, also gave thanks to the singer, writing, “Aretha was such a timeless inspiration to me and so many others, the ultimate queen, thank you for the gift of your voice, music and unshakeable soul.”

Our warm thoughts go out to Aretha’s family and friends.