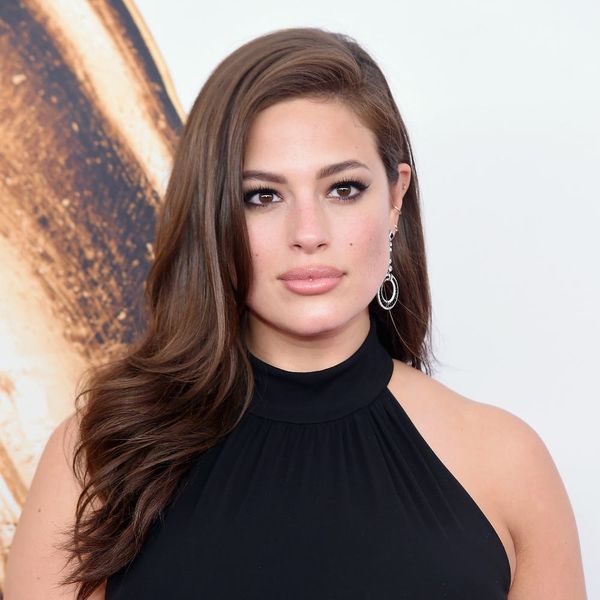 Plus-sized model and music video star Ashley Graham has faced more than her fair share of comments about her body; people who think modeling should be left to the “petite” aren’t exactly shy when it comes to expressing their (warped) opinions. Never one to let haters take her down, she’s an expert at rising above it all and loving what she’s got, cellulite and all. But now, truly proving that you’re damned if you do, damned if you don’t, Ashley is facing a new kind of body-shaming. This time, because it looks like she’s LOST weight and some folks are NOT happy about it. Of course, Ashley has something to say to them and she’s totally on-point, as usual.

Ashley posted a pic to Instagram that showed her in a sleek white outfit with a fierce leather jacket, looking quite a bit thinner than we’re used to seeing her.

“I am no longer a fan of yours you betrayed a lot of people!” was what one person felt compelled to comment (or rather, viciously accuse).

Others tried to explain it a little better: “How can she say I represent the plus size woman when she lost half her weight?”

Fans, though, were quick to come to her defense with comments like, “You look good!!!!!!! Tell them to go fly a kite!!!!!” and “You look terrific!!! Let no one shame you for doing you!” Not to mention, “Anyone talking negative is only and bc they are unhappy with THEIR size. You are flawless @theashleygraham,” and “You look amazing! I would love to know your workout routine.”

She also popped a pic on Snapchat showing herself looking fierce on the runway in lingerie along with the words, “I will not let others dictate what they think my body should look like for their own comfort, and neither should you.” Well said, Ashley!

What do you think about the body-shaming Ashley Graham is receiving after (seemingly) losing weight? Tweet us @BritandCo!