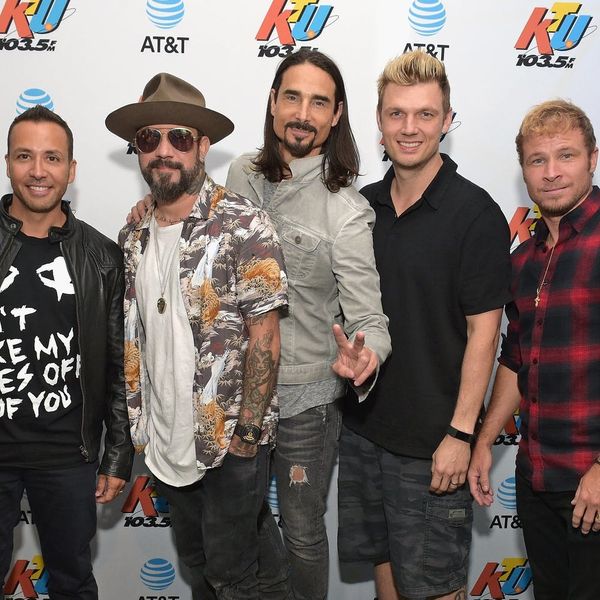 Backstreet’s back! Beloved late-’90s boy band the Backstreet Boys took to social media on Wednesday to tease a new song that will be released in just a few weeks.

“We are less than a month away,” Kevin Richardson captioned a video on Instagram. In the criminally short clip, the 46-year-old can be seen and heard playing a piano melody from what would seem to be the group’s upcoming new single. The singer also posted the video on his Instagram story, and this time, he included a release date: The song is said to be arriving at radio stations in 21 days.

We are less than a month away 😎 ✌🏻❤️ #newmusic #newmusicalert #backstreetboys #bsb

This will be the first new music from the group since their 2013 album In a World Like This, which was the first to feature all five original members — Richardson, Nick Carter, A.J. McLean, Brian Littrell, and Howie Dorough — since 2006.

The Boys have been actively teasing their imminent return on social media in recent weeks, with all five of them excitedly sharing updates from the set of a new music video. BSB already has a number of iconic videos under their belt — even if, as Carter recently admitted, they didn’t have the fondest memories of filming them. “[We felt] like it wasn’t the greatest music video,” he said of the defining 1999 clip for “I Want It That Way.” We’d beg to differ.

Are you excited for new music from the Backstreet Boys? Let us know @BritandCo!