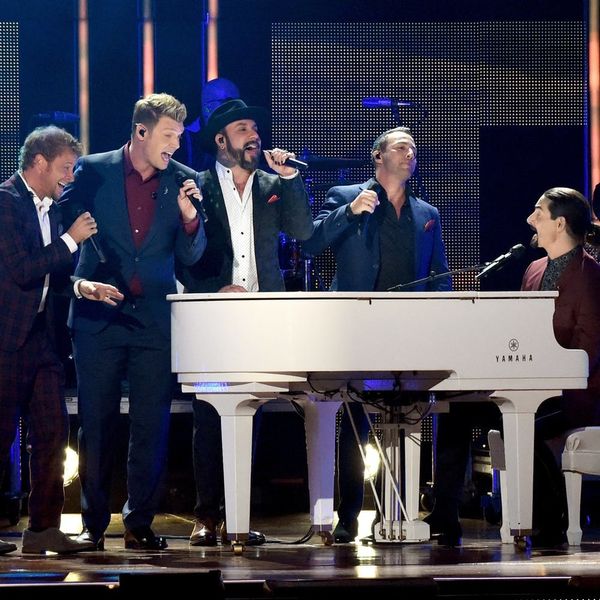 There’s no doubt that the love for ‘90s music is strong around here. As Nick Carter just revealed, however, the guys in one of the famous boy bands of the era, The Backstreet Boys, aren’t exactly longing for the days of one of their most iconic videos, “I Want It That Way.”

“I just remember having to film the music video in-between doing a lot of stuff. I don’t remember traveling, but I remember coming in and working up a choreography routine at the last-minute,” the 37-year-old told Us Weekly. “I think we felt that it was super cheesy and it was something that was unnecessary. It was kind of like we didn’t want to do it.” *GASP*

As you’ll recall, the accompanying visual for the first single from their third album, 1999’s “Millennium,” featured the fellas arriving at an airport hanger filled with screaming fans. As BSB crooned the beloved ballad in coordinated all-white ensembles, they also performed a light dance routine.

But Carter and the gang didn’t feel like it was their best. In fact, he says that he, Brian Littrell, Kevin Richardson, A.J. McLean, and Howie Dorough were shocked that fans actually liked the video. “Later on, it was one of the most iconic scenes when the chorus hit. It didn’t feel as epic as some of our other videos that we had done prior to it,” he said, saying, “[We felt] like it wasn’t the greatest music video — at all. And we didn’t feel like we lived up to it.” Who knew?!

With BSB taking the stage in Las Vegas through 2018 and drumming up new tunes (“We are trying different types of songs. A lot of it is very mature but sexy at the same time,” said the youngest member of the group), we’ll have plenty of chances to relish in the nostalgia, but in the meantime, check out the video below for a quick refresher!

Do you think the “I Want It That Way” music video was “super cheesy”? or super awesome? Let us know @BritandCo!

Desiree O
Desirée O is a ‘Professional Bohemian’ who loves anything and everything related to the arts, entertainment, and pop culture. She ADORES being a ‘Newsy’ for Brit + Co, covering all of the latest tidbits of awesomeness that you want to read about. When she’s not writing, she’s either making messy art, going on long adventurous walks with her camera, or poking around over at bohemianizm (http://www.bohemianizm.com/). You can find out about Desirée O and her work at http://DesireeO.com/ or follow her on Twitter @DesireeO.
90s
Celebrity News
90s Celebrities Nostalgia