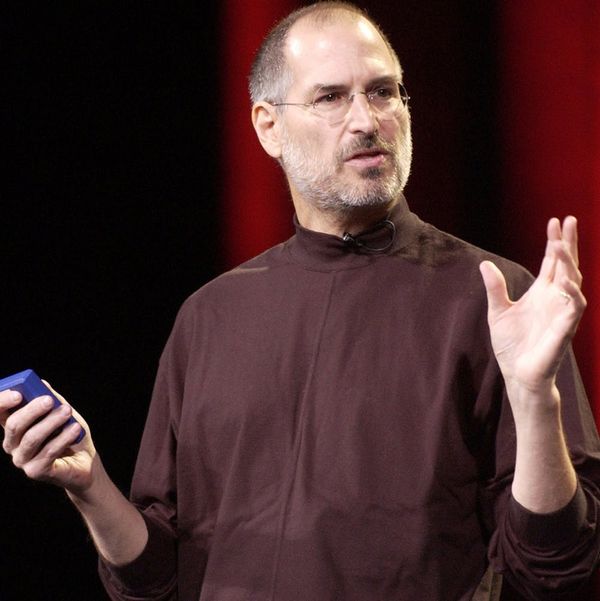 Notoriously talented and mysterious street artist Banksy has never been one to stray from sharing his thoughts on controversial topics via a can of spraypaint. His past works have depicted scenes like a pair of English policemen sharing a kiss and a white dove flying in a bulletproof vest. So it should come as no surprise that amidst the trending discussions surrounding the refugee crisis, Banksy decided to chime – er, paint – in. And in typical Banksy fashion, he did so in a big way.

The UK-based artist recently shared a new piece of work on his site which portrays Apple’s iconic Steve Jobs as a refugee. Jobs’s name tends to come up in refugee-related discussions because the wildly successful co-founder of Apple is also the son of a Syrian migrant. Jobs’ father Abdul Fattah Jandali moved to the US in the 1950s from Homs because of civil unrest.

The Banksy piece is located on a wall in France’s infamous Calais refugee camp commonly referred to as “the jungle.” The camp, which is located near French ports and the Eurotunnel (which connects to the UK), is currently flooded with an estimated 3,000 refugees. Since 2014, there have been 39,000 documented attempts to cross the Channel – many of which were made by people residing here.

In a rare occurrence, Banksy also released a statement to accompany the new piece. He writes, “Apple is the world’s most profitable company, it pays over $7bn (£4.6bn) a year in taxes – and it only exists because they allowed in a young man from Homs.”

Which Banksy piece speaks to you most? Tweet us your pick @britandco.

(Photos via Banksy and Tim Mosenfelder/Getty)