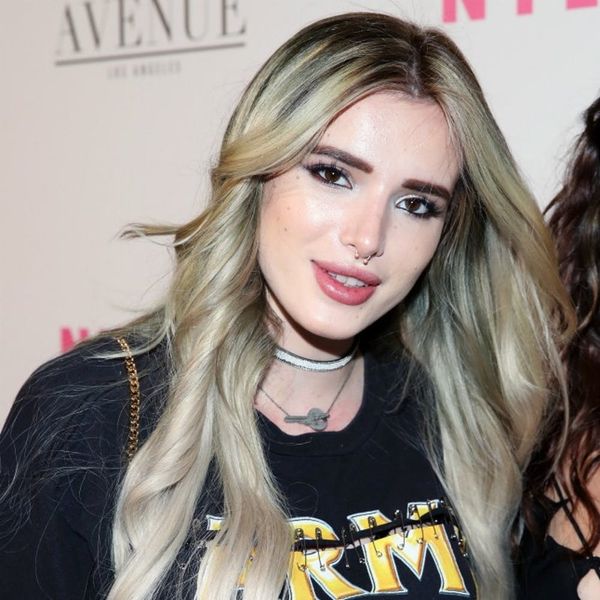 Late last month, Bella Thorne was spotted in Cannes with newly single Scott Disick. Though she insisted at the time that nothing was going on, photos clearly showed the pair getting close on the trip. When Disick was later photographed with former girlfriend Chloe Bartoli, Thorne headed home from the French beaches, tweeting, “This fancy #cannes life isn’t for me.” Now, Thorne is finally setting the record straight in an interview with Complex.

Thorne shared in the interview that she throws a lot of house parties, and because of that, she meets all sorts of celebrities on the LA scene. “They come to my house party and they’re like, ‘Yo, I heard you’re having a party,’ and I’m just like, ‘Okay, French Montana. Hi, French.’ That’s how I met Scott — he came to a house party of mine.”

Thorne insists that nothing happened between them. “Scott is really nice, sweet, charming,” she said. “I don’t drink, and he really drinks a lot. And it just ended up …I just wasn’t down. I was like, ‘I gotta leave.'” After spending a whirlwind day and a half together, the actress realized that Disick’s lifestyle just isn’t how she likes to have fun.

When she's a badass @cometmusic

But what about that photo? The one where it appears that Disick was getting really up close and personal with Thorne? Her explanation is a simple one: He was fixing a wardrobe malfunction. “Honestly, my nipple came out of my bikini and he tried to fix it for me and it looks like he’s grabbing my boob,” she told Complex.

Thorne also said in the interview that she doesn’t care what people think about her, but that she likes to give people the truth either way. “It’s hard because everybody’s like, no, don’t comment on it. But I try to use [social media] to speak up because it just genuinely irks me. I’m just like, ‘I can’t believe I’m reading this right now, like this is absurd.”

Have you ever had to set the record straight about a friend? Tell us @BritandCo!