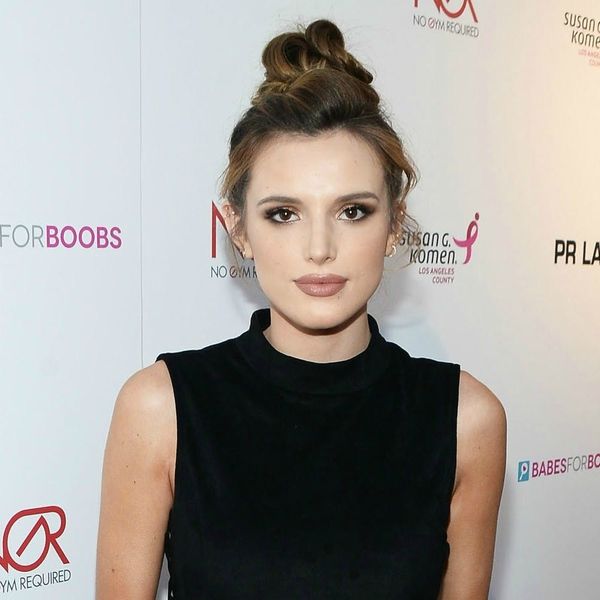 Talk about a whirlwind. Back in the winter, it seemed like Scott Disick and Kourtney Kardashian were on their way to reconciliation. Fast forward a few months though, and the pair have officially split (with Kardashian dating a much younger man), and rumors swirling about the different women Disick’s been spotted with. Most recently, the dad of three was spotted at Cannes with actress Bella Thorne, but she’s clearing up the rumors of their romance once and for all via Twitter.

The Disick/Thorne rumor mill started earlier in May, with the pair spotted having dinner in LA. Fast forward to this week, and the reported couple was caught lounging in Cannes during the annual film festival. But just as soon as paparazzi photos of the pair popped up online, the actress cleared the air, leaving everyone wondering what exactly was going on with the two.

Hahahah I'm not talking to scott or anyone else. #dontfuckwithit https://t.co/L2MHtOVmKn

The swift response came just hours after Thorne tweeted that the “fancy life” of Cannes was not for her, and a few hours after Disick was spotted with another ex-hookup, celebrity stylist Chloe Bartoli (a woman he reportedly cheated on Kourtney with in 2015 that caused their original split), just hours after his rendezvous with Thorne.

There’s speculation from TMZ that Thorne’s swift response was because of Disick’s, “new day/new girl” lifestyle and that she’s not interested in playing a game that could be solely to make Kourtney jealous (she’s also at Cannes this week).

Have you ever gone out with a pickup artist? Tell us about it @BritandCo!