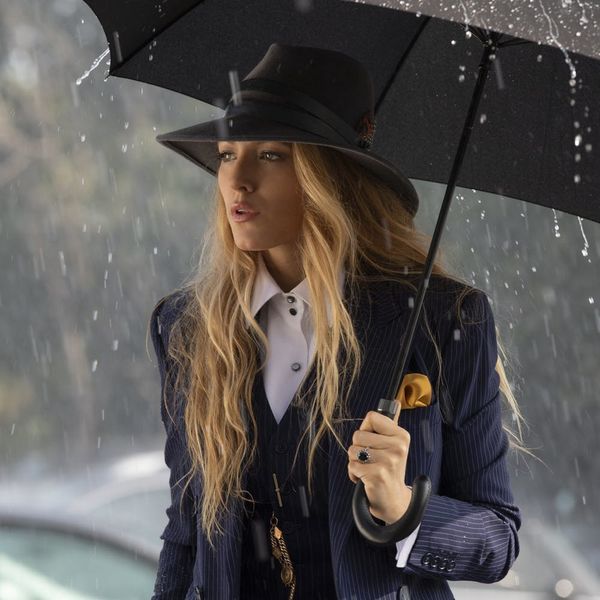 The tension is building in the latest teaser trailer for Blake Lively and Anna Kendrick’s upcoming film A Simple Favor.

In the first glimpse we got of the thriller, adapted from author Darcey Bell’s novel of the same name, it appeared that the film would uncover the secret double life of Emily (Lively). Now, it seems that Stephanie (Kendrick) may be hiding some darkness of her own.

“I met Emily a few weeks ago,” mom-blogger Stephanie says in the clip, clearly enamored with her new friend, who is seen looking like a boss, striding through the rain in a fierce pantsuit. “She’s this wonderful, elegant person.”

Emily then asks Stephanie for “a simple favor,” which is followed by flashes of the police at Stephanie’s door, Stephanie trying on Emily’s clothes (and eventually cutting herself out of them), a gun, dramatic tears, and a car crash. At the end of the teaser, we see Emily saying to Stephanie, “I wanna know your secret. Tell me.” Chilling.

Promotion for the movie kicked off in a similarly uneasy way. Earlier this month, Lively wiped her entire Instagram account clean and left only a cryptic message asking, “What happened to Emily?” in her bio. She unfollowed everyone except for accounts of women with the name of her character, Emily Nelson. Her ‘gram is back to normal, but she currently only follows her husband, Ryan Reynolds, and an account created for her character.

Check out the new teaser for A Simple Favor above, and see the movie in theaters on September 14, 2018.

Are you excited to see A Simple Favor? Let us know @BritandCo!