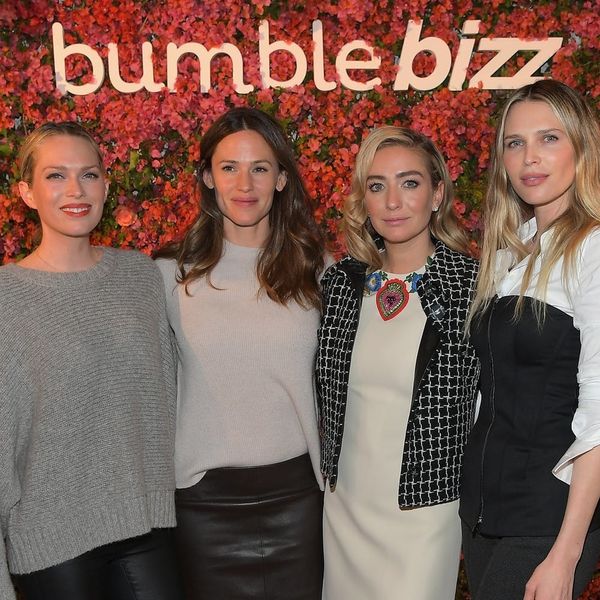 We’ve all read the horror stories — online dating can be ROUGH. It’s hard enough to make a RL connection based on a photo without dealing with something as terrible as body shaming or bullying, and Bumble is fighting back after one of its users was subject to just that.

A London-based woman named Sam, 23, now has the full support of her dating app of choice, after she was verbally abused and body-shamed online.

A young man named Michael reportedly sent Sam a photo of a thin woman in her underwear, writing, “So you see that girl? That’s what you could look like if put the tinest bit of effort in at the gym…. So when you look the tinest bit like her, I’ll consider meeting up with you, but at the moment, it’s no way, Jose.”

When she responded to say “How f*cking dare you,” he took things one step farther, writing, “I’m a 10/10 and you’re clearly a 5, at a push 6, so with my advice, I could push you to a 7… When you’re looking tip-top, I’ll let you know,” adding, “You look like the desperate waiting type, so I’ll hold you to that.”

Sam shared the comments on social media and with Bumble, which has since responded to Michael in an open letter posted to its blog, where the company stood up for her by letting the now-banned user know, in no uncertain terms, that his actions were not okay.

Don't say something online that you wouldn't say offline. Harass people and we'll ban you for life. https://t.co/qemnPUhjsj #LaterMichael #LaterConnor

“Dear Michael,” it began. “We got wind today that you criticized one of our users for her appearance. Apparently, you thought you knew best about how she should look…. Who taught you how to talk like that? Do you think the ‘security’ of hiding behind a screen gives you permission to degrade people you don’t know?”

The company went on to express that by attacking a member of its community, he had attacked its “values and philosophy,” noting, “Harassment and misogyny don’t belong on Bumble — and therefore, neither do you.”

Citing a progressive period of awareness in which women are speaking up for themselves, the letter stated that while it was not meant to “hate or punish men as a whole,” it did want to help them understand how “outdated and unacceptable” his behavior was.

It’s the 21st century. Small minded, sexist, shallow people aren’t welcome in a progressive society anymore, and in the end, only you will lose out. It has come to our attention that one of our (ex) users criticized someone on our app about her appearance. So we wrote an open letter to him. Swipe on our story to read #LaterMichael

The letter then commended its respectful users, as well as the woman in question, saying, “We are so proud of how you stood up for yourself. We know you didn’t want this attention and we hope that this is a reminder to all women (and men) that no one should encounter this sort of degradation.”

“Goobye forever Michael,” it read in conclusion. “You’re officially banned from Bumble. If you begin a journey to self-discovery, we recommended starting it by finding new friends and developing a new outlook on life.”

Michael has responded to the media, telling The Tab, “Firstly, it’s important to say I have messaged Samantha and explained and apologized for the messages which I do not condone and find appalling. Me and my friends were highly intoxicated and decided to take each other’s phones and write messages to matches on each other’s Bumble. They were mostly funny and harmless, but in this case, it was rude, belitting, and insulting,” he said. While he claims he had no control over what was said on his behalf and says that he never would have allowed it to be sent under his name had he seen it prior, he concedes that it was his own actions that ultimately led to the unfortunate messages.

“It was an irresponsible position to put myself into,” he told the outlet. “I’ve tried to imagine how she must have felt reading that and it’s sickening that someone should have to read something like that in the first place! Unfortunately, it’s happened and cannot be taken back. I have apologized to Sam personally and I will not be taking part in anything remotely that stupid again.”

What do you think of Bumble’s response? Share with us over @BritandCo.

Nicole Briese
Nicole is the weekend editor for Brit + Co who loves bringing you all the latest buzz. When she's not busy typing away into the wee hours, you can usually find her canoodling with her fur babies, rooting around in a bookstore, or rocking out at a concert of some sort (Guns N' Roses forever!). Check out all her latest musings and past work at nicolebjean.com.
Body Positive
Body Positivity
Body Positive Dating