#AskHerMore: 10 Times Celebs Have Shut Down Sexist Questions like BOSSes 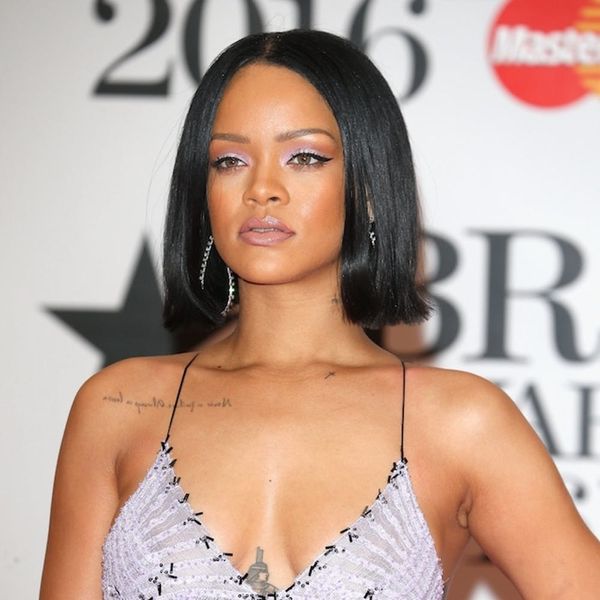 While we love analyzing best and worst dressed on the red carpet as much as the next girl, when all a female celeb (AKA #girlboss) is asked about is what she’s wearing or who her favorite designer is, it’s more than a little frustrating. The predominance of surface-level questions sparked the #AskHerMore campaign, which encourages reporters to ask women smart, substantive questions. The movement has picked up steam — there are a lot of celebs who’ve had enough of silly questions and are giving reporters some serious snark in response. We rounded up our 10 favorite times these awesome women have completely shut down sexist lines of questioning. Scroll through and soak up the badass energy.

1. Amber Rose: When these interviewers started suggesting that how a woman dresses indicates morals, Amber shut them down quick. “It doesn’t matter how far I take it or what I have on. When I say no, it means no.” But she didn’t stop there — she then gave them a lesson on societal messages we all get about women: “I’m not mad at y’all, because that’s how society raised all of us. I’m a former slut-shamer… and now I’m not.”

2. Ariana Grande: In a radio interview, a host asked her the completely loaded question, “If you could use makeup or your phone one last time, which one would you pick?” Ariana didn’t miss a beat with her perfect response: “Is this what you think girls have trouble choosing between? Is this men assuming that that’s what girls would have to choose between?” And when she clarified that she sometimes goes hours without looking at her phone and one of the hosts said, “Ladies, learn!” she quickly shot back, “Boys, learn.”

3. Laverne Cox: When Wendy Williams asked a wildly inappropriate question about whether or not Laverne had breast implants, which she thought was okay since Laverne is a trans woman, she responded perfectly: “Off camera I can talk to you about it. I’ve chosen not to talk about any of the stuff I’ve gotten done, because I think so often when trans people’s experiences are talked about, we far too often focus on surgery and transition.” Flawless.

4. Amy Schumer: This reporter started down a very sexist line of questioning about her semi-autobiographical character in Trainwreck, calling her “skanky,” and trying to justify it by saying, “Come on, that’s the character in the movie. I’m not trying to offend you.” Amy shot back with, “Whatever you’re trying to do, you’re doing it. That’s a rude question.”

5. Scarlett Johanson: Back when The Avengers came out, Scarlet Johanson got all kinds of weird comments about the catsuit. One interviewer even went so far as to ask her if she wore underwear under it. “You’re like the fifth person who’s asked me that,” she said. “Since when did we start asking each other in interviews about their underwear?”

6. Rihanna: Always the queen of sass, when a reporter asked her what she’s looking for in a man, it was clear she’s definitely had enough questions about her love life. “I’m not looking for a man. Let’s start there,” she shot back.

7. Serena Williams: In a flawless stop telling women to smile moment, Serena responded to a reporter asking her why she wasn’t smiling by saying, “It’s 11:30. To be perfectly honest with you, I don’t want to be here. I just want to be in bed right now. I have to wake up early to practice, and I don’t want to answer any more of these questions. You guys keep asking me the same questions.”

8. Magdalena Frackowiak: This Victoria’s Secret model has definitely had enough of people suggesting that models don’t eat. A TMZ reporter asked her what she was most excited to eat now that the show was over, and she was having none of it. “Enough with these kinds of questions,” she said. “This is stupid. Ask more smart questions, not eating after the show… it seems like I’m starving myself and I can’t wait for the show to end to eat.” He tried to backtrack, saying, “No, no I know you girls work really hard and this is the culmination,” and she literally waved him away. Amazing.

9. Uzo Aduba, Natasha Lyonne and Samira Wiley: These Orange Is the New Black stars had to deal with an interviewer so sexist it almost seemed like a joke. When he suggested that working together might be difficult when women are on their period, they just addressed it head-on. “I think that there are some stereotypes maybe that women are catty on set with each other, but that doesn’t really happen on our set,” Samira said.

10. Cate Blanchett: After this E! correspondent asked Cate what she was wearing, she started to answer and the camera suddenly panned over her whole body. She quickly crouched down to stare right into the camera and ask, “Do you do that to the guys?” We’re thinking no.

Which of these is your favorite fed-up moment? Tweet us your thoughts @BritandCo!

Kylie Kendall
Kylie is a freelance writer living in Ottawa, Canada. When she's not writing, you might find her scoping out all-day breakfast spots in her city or taste-testing every bottle of red wine under $10.
Feminism
Pop Culture
Feminism
More From Pop Culture