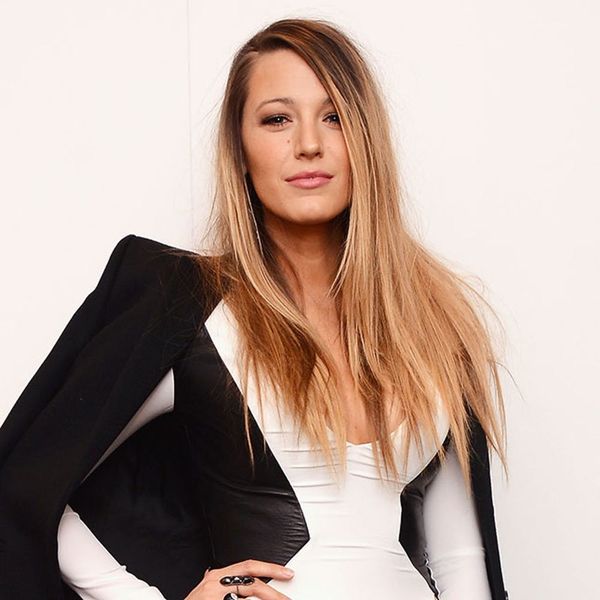 For all the oohing and aahing we do over Blake Lively and her perfect hair and enviable baking skills (we’re still wishing we nabbed a bite of those Beyoncè-themed Valentine’s Day cookies), it turns out she’s just like us. At least when it comes to her love of shoes. The brand new mom takes #shoefies, ropes in her followers — all 1.7 million of them — to help her pick which pair to wear and declares a flat-out obsession with designers. Last week, we were Insta-duced to Blake’s latest shoe crush, designer Sarah Flint. And it turns out, part of Blake’s caption to that pic “#TheLastThingINEEDisANewShoeDesignerObsession” rings true for us, too.

Sold under her namesake, Sarah Flints are the epitome of modern-day chic. She’s no one-trick pony: her silhouettes are extremely versatile, featuring everything from strappy date night heels and power flats to booties worthy of a Coachella babe and beach-ready sandals.

Beyond the standout hues and luxe materials, the details are what make this footwear feel extra special. Think streamlined bows, geometric cutouts and origami-shaped embellishments that are equal parts smart and sassy. Take the two pairs that caught Blake’s eye: the flirty Gilda, a going-out pump turned next-level with white snakeskin upper and a jet black slingback closure, and the eye-catching Bennett, a loafer with some edge thanks to its sleek patent toe. We also adore Flint’s penchant for color blocking, a look featured on both of Blake’s faves.

Even if you can’t afford to wear Flint’s creations IRL — styles start at $495 — there’s still reason to follow her from season to season, and it’s more than just for your daily dose of shoe porn. It turns out Flint herself is a full-fledged #Girlboss. After studying at Parsons and the Fashion Institute of New York, Flint interned with some of the best in the fashion industry before launching her first collection in 2013, including Diane von Furstenberg and Proenza Schouler. On top of that, she was on Forbes’ prestigious 30 Under 30 list just last year — Flint turns 26 this year. Based on that trajectory, it’s likely we would have heard about Flint with or without Blake’s approval — it’s obvious her talent, passion and eye for elegance has taken her this far. But don’t get us wrong: we’d never complain about a tip as hot as this.

What up-and-comers have your favorite celebrities tipped you off to? Tell us about your favorite about-to-be-big makers in the comments below.