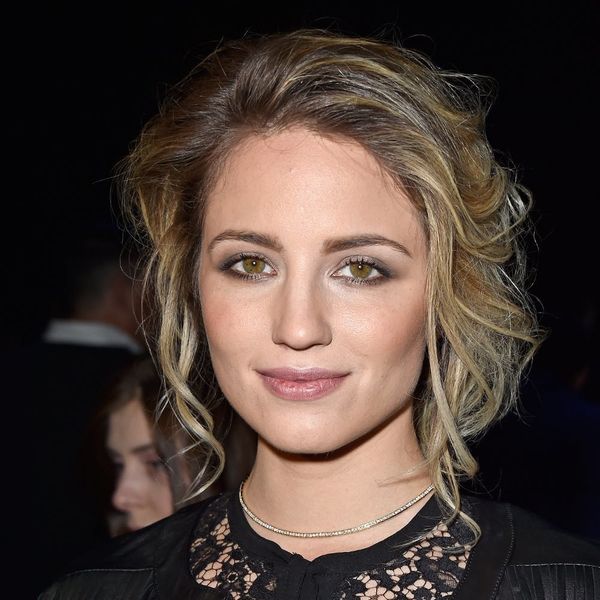 Former Glee star Dianna Agron has been pretty secretive when it comes to her relationship with Mumford & Sons banjoist Winston Marshall. When news broke of their engagement last December, there wasn’t a peep from the pair. When she finally flashed her engagement ring, we were stunned, but it was only a glimpse of the wonder that would be their (sneaky) dreamy Moroccan wedding. Now, we’ve been given a peek at her elusive wedding ring, and it’s just as lovely as their love.

Tying the knot back in October, the duo has remained as close-lipped about their relationship as ever, though it can’t be denied that Dianna looks pretty darn happy, according to her Instagram account. And it’s thanks to her social media check-ins that we’ve been given a look at her wedding ring.

Chatting randomly about her jacket, Snapchat and the Hello Kitty nose failing to line up with her own, Dianna points to her face and eee! There’s her ring.

Did you catch it? No? We’ll help you out then. Here’s a screenshot…

Appearing to be a simple band to join her gorgeous engagement ring, it looks just as low-key and lovely as the couple themselves.

If you were a celeb, would you keep your relationship private or show it off to the world? Tweet us @BritandCo!

Desiree O
Desirée O is a ‘Professional Bohemian’ who loves anything and everything related to the arts, entertainment, and pop culture. She ADORES being a ‘Newsy’ for Brit + Co, covering all of the latest tidbits of awesomeness that you want to read about. When she’s not writing, she’s either making messy art, going on long adventurous walks with her camera, or poking around over at bohemianizm (http://www.bohemianizm.com/). You can find out about Desirée O and her work at http://DesireeO.com/ or follow her on Twitter @DesireeO.
Celebrity Wedding
Most Recent
Celebrity Wedding