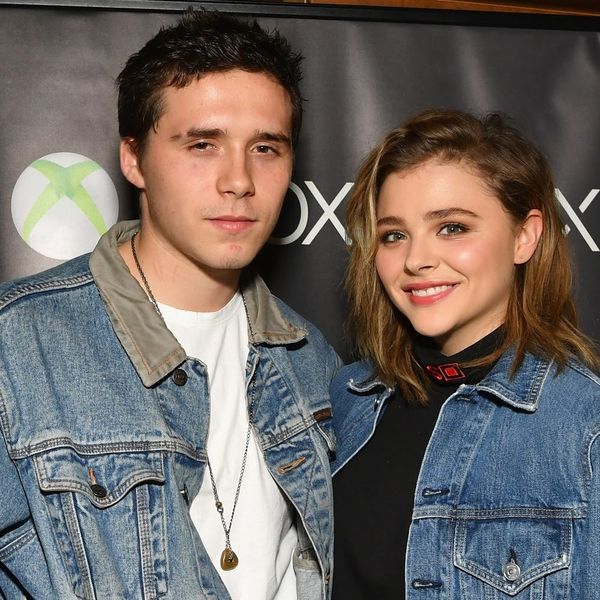 The recently rekindled romance between Chloë Grace Moretz and Brooklyn Beckham has been a highlight in a year of many sad celebrity splits. After easing their way back into Instagram PDAs, the pair put their on-again love on full display, and now, they’re celebrating the holidays together with an adorable meal-prep grocery shopping trip.

On Tuesday night, Moretz showed off the pair’s haul in an Instagram story, full of baking ingredients, coffee (always a necessity!), and some fresh produce. Beckham, 18, was seen piling the goods high with a few packages of corn on the cob intact.

The November Criminals star later documented the preparation of their harvest via Instagram stories, saying, “The Thanksgiving prep fairy has been at work all morning.”

From the looks of the things, her beau, who is likely on break from his photography studies at NYU, is spending the big day with his lady as well, showing off her culinary skills with what appeared to be a mean dish of stuffing that practically had us drooling.

Looks like these two are going to have a happy Turkey Day together, indeed!

Maybe they can send us the leftovers? *Wink, wink*

What do you think of Chloë Grace Moretz and Brooklyn Beckham’s Thanksgiving prep? Let us know @BritandCo!