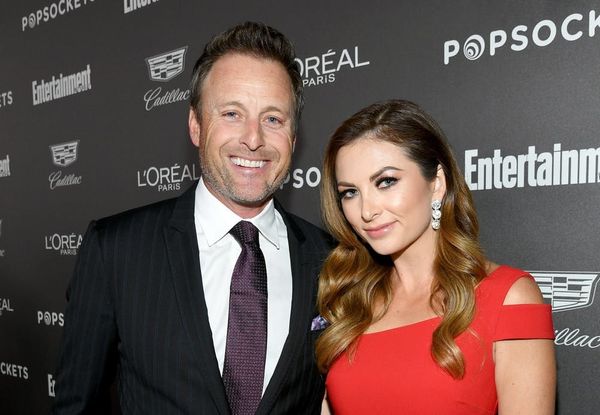 Bachelor Nation has a brand-new romance — but it doesn’t involve any of the show’s contestants. This time around, it’s host Chris Harrison who has found love, and with a fellow TV personality to boot. The 47-year-old is dating Entertainment Tonight correspondent Lauren Zima, and as of Saturday, January 26, they’re red-carpet official.

The pair made their red carpet debut at Entertainment Weekly‘s pre-SAG Awards party at Hollywood’s Chateau Marmont over the weekend. Zima wowed in a red jumpsuit, while Harrison looked dapper in a black pinstripe suit.

The reality TV star has faced his fair share of questions about his love life over the years, even being asked by fans to flip the script and become the Bachelor himself. When season 23 premiered with a tribute video to Harrison, Twitter blew up with messages from people wondering if the franchise was finally setting the stage for the longtime host to take center stage.

Last November, Harrison even joked about the idea himself, telling ET, “I’ve been working hard on my abs. I’m getting ready, shaving my body. I’m getting ready, just in case you need me as the 50-year-old Bachelor!” He wouldn’t reveal any actual details about his status at the time, but he teased, “I’m very happy and content.”