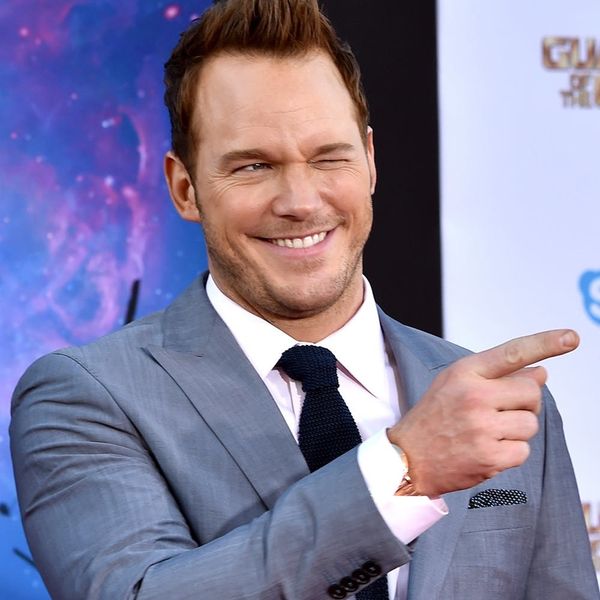 If you’re not currently following Chris Pratt on Instagram, you’re missing out. Not only will you find a slew of very attractive selfies, you’ll also be treated to some painfully hilarious captions. Seriously you guys, they’re amazing. This morning, Chris chose his three-year-old son Jack as the subject of his newest Instagram, and naturally, the story behind the silly pic was just as cute as the photo itself.

To accompany this shot of Jack in his PJs next to a rainbow, Chris wrote, “This morning Jack found a rainbow on the wall. I honestly couldn’t figure out where it was coming from which according to science means it’s some sort of portal. You ever see Stargate? Exactly. We were careful not to get too close. I snapped this photo and it dawned on me how much Jack looks like Anna [Farris]. They are both so beautiful. Sleeping in with the two of them is my greatest treasure.” Wow, please excuse us while we attempt to salvage our melting hearts. David Beckham, looks like you’ve got some competition for Hollywood’s cutest dad.