Daring to Dream: What I Learned from My Immigrant Family 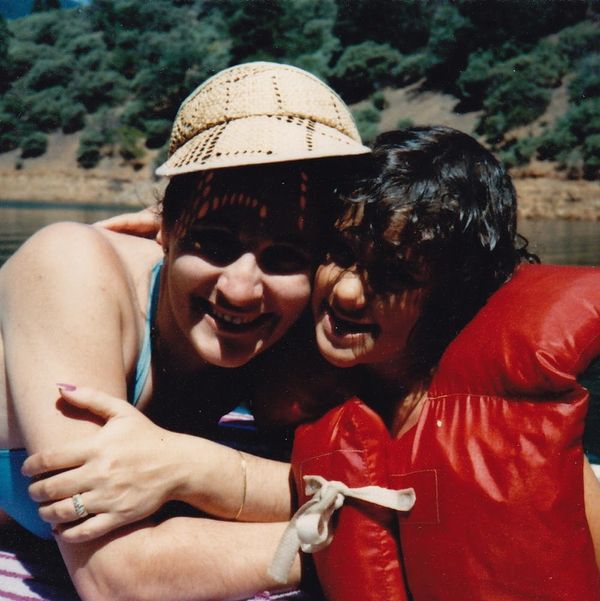 Brit + Co staffers’ storieson immigrant heritage and the lessons of an American dream.

My mom was a divorced single mom and 27 years old, with three little girls (me being the youngest of two years old), when she brought us from Greece to the US. I credit our immigrant background for my lack of fear of the unknown.

We had nothing when we migrated from Greece. We left a wealthy and comfortable life behind. Yet, my mother was not afraid of starting over, with the help of her family, and introducing us to a new culture and life. She instilled in us that you are the creator of your own future. Being surrounded by different cultures and backgrounds gives people an opportunity to learn from each other, rather than living in an echo chamber.

Nicole Emanuel is the COO/CFO of Brit + Co.

My grandfather, along with his parents and siblings, immigrated from Scotland in the 1930s. They were so poor when they came over here that they lived in a chicken coop! Eventually, they saved enough money to open a modest Scottish restaurant, and after years of hard work were able to expand into four successful restaurants. When a dishwasher didn’t show up, my grandfather rolled up his sleeves. When a chef was out sick, my grandfather put on an apron. Being an immigrant taught him to work hard and do whatever it takes to accomplish your dreams.

Although my grandfather is no longer with us, Brae Loch still lives on as a successful restaurant that’s a common meeting ground for local folks and a delightful pit stop for notables like Alec Baldwin, Woody Harrelson, Bill Clinton, Meryl Streep, and many more.

Above is a photo of my grandfather (far right) and his brother (far left). People are capable of great things, if given the opportunity.

Alex Plante is the Brand Partnerships Manager of Brit + Co.

In 1970, my mom packed one suitcase and a few hundred dollars with her as she left Hong Kong for the States at age 20. She left a family who would later disown her and set out to attain the American Dream. She promptly became a C.P.A. but later switched careers in her 30s, and went on to found a very successful commercial real estate firm in San Francisco. At one point, she was even recognized as the only Asian-American woman owner of a commercial real estate firm in the entire US. She loved “doing deals” and negotiation.

Her story shaped me into being fearless, self-sufficient, and appreciative of every single opportunity I’ve worked hard for. I am proud to come from strength, from a true #girlboss and from a Strong Woman who proved to be a force to be reckoned with.

Rachel Florez is the Director of People of Brit + Co.

I was young, probably six or seven years old, when I became aware that I was different. I grew up in a suburb of Philadelphia that was primarily white and I was one of the very few minorities that went to our school. Because my father was white, I’d never thought I was any different. I was wrong.

My mother either packed my lunch or I ate at the cafeteria with a red ticket provided to the kids whose parents didn’t have much money (not that I was aware of that at the time). On this particular day, my mother had packed me a traditional Thai lunch consisting of beef that was marinated in garlic and fish sauce along with a ball of sticky rice. We called this, simply, “beef,” a creatively pared-down name for my absolute favorite meal.

We sat as a class and pulled out our lunches at the lunch table that day. I was starving and excited about my meal, but I noticed something: a ham sandwich across from me. Peanut butter and jelly next to me. A bag of chips. Another peanut butter and jelly. crackers. White bread. Then, me: a ball of rice and a baggie of meat that smelled like fish and garlic.

“Ewwwww! What is that?” one kid asked.

“Doesn’t your mom know how to make a sandwich?”

“His mom doesn’t even speak English.”

They covered their noses and waved away the smell.

“I don’t even know what this is,” I lied. “I must have taken someone else lunch today.” Then I promptly got up and threw my favorite meal in the trash. I went to the bathroom to avoid the additional embarrassment of them seeing me cry. And how did they know about my mom?

That night, I asked my mom to never, ever, pack me any Thai food for lunch again. I wanted sandwiches and chips like every other kid. I resented my mother; I was mad at her, not the kids who were making fun of us. What I didn’t know was how long that lunch and the kid across the table would haunt me.

You see, my mother worked at the haircuttery in town and she cut his hair. She cut his father’s hair too. When she told me about how she’d met this father and son duo, the cruel and racist slur he soon began to call me made sense.

For years after, I was “gook boy” to this boy — not likely a term he found on his own — as well as the other 10 or so boys that wanted distance from me, the kid that wasn’t exactly white. And it never didn’t hurt.

It took me years to shake that and, even as I write this 30 years later, the hurt isn’t exactly gone. But today, I am proud of who I am, where I come from, my mother’s endearing accent, and my brown skin — and I am so happy to share with my wife and family my favorite Thai dish, “beef.”

Michael Sullivan is the Director of Cinematography at Brit + Co.