This New Dating App Will Make You Feel Like the Bachelorette 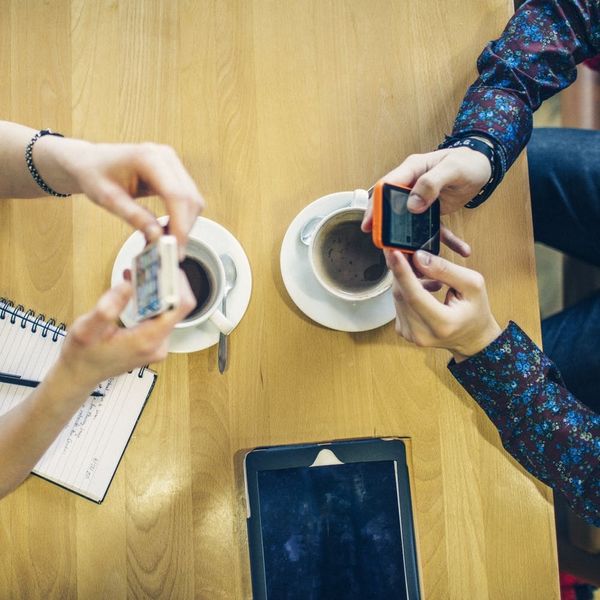 To swipe right on someone or something has become a universally understood phrase. In fact, Tinder‘s swiping strategy has become so ubiquitous that even job-search apps are using it. In an attempt to cure our collective carpal tunnel (our thumbs can only move so fast), new, inventive, and increasingly niche dating applications are being released what feels like daily. Crown, currently available free on iOS, is one of the latest dating apps for people who are sick of simply swiping. This original app is the brainchild of a millennial woman who works for Match Group — the global leader in dating, whose brands include OkCupid, Plenty of Fish, and, ironically enough, Tinder — and came up with the concept at the company’s “ideathon.”

The concept behind Crown is about as simple as it gets. If you’ve ever made a March Madness bracket, or maybe just a bracket for The Bachelor (hey, no judgment), you’ll catch on quickly. Each day, you are given 16 matches who’ve already been paired up against each other. You then choose one from each pair until the pool has been whittled down to four lucky contenders. At that point, whoever is in your final four will be notified that they won your game, and they can decide whether to pursue contact. Here’s the catch: In Bumble fashion, they only have the opportunity to reach out to you until noon the next day, which is when the game resets with a new slew of potential boos. In the meantime, you can message anyone whose game you “won.”

The sporty undertones of this app might cause you to take pause: If it’s called a game, how serious can it be? According to Helen Fisher, a biological anthropologist and the chief scientific advisor to the Match Group, it’s scientifically sound. “Crown solves the single biggest problem in online dating today: cognitive overload,” she explains. “The human brain is simply not built to choose between hundreds of potential suitors — as all the current dating apps require singles to do.” So by tricking your brain into thinking you’re only choosing between two people instead of, well, tons, you’re able to make more conscious choices. But it’s more than that; the nature of Crown affects the chemicals in your brain in a way that should ultimately lead to romantic success. “Crown is designed in a way that ignites the brain’s dopamine system, triggering focus, energy, and optimism — essential tools for finding love,” Fisher says.

If you’re not sold on the science, download the app to decide for yourself. Happy picking!

Would you crown Crown a winner? Let us know @BritandCo.

Annamarie Higley
Annamarie is a Californian who's been plopped in the middle of Missouri for her undergraduate studies in magazine journalism. She's a hiker, an eater, a lover of words. In her opinion, nothing beats a well-made breakfast sammy or a well-crafted sentence.
Apps
Relationships
Apps Dating iOS Apps Love
More From Relationships