Demi Lovato Says She Has No Gender Preference When It Comes to Dating: “I’m Open to Human Connection” 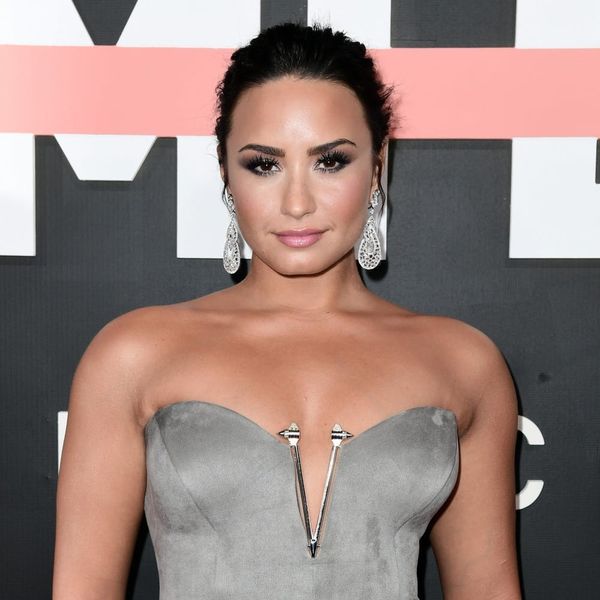 Demi Lovato isn’t shy when it comes to talking about her romantic life. Though she wouldn’t confirm whether “Ruin the Friendship” is about Nick Jonas, she recently showed fans the exact moment she “freakin’ fell in love” with (the newly engaged) Joe Jonas, and now she’s opening up even more in her brand-new documentary.

“First dates are so nerve-wracking and I didn’t have that before. I mean, not in so long,” the 25-year-old says in Simply Complicated, the new YouTube doc that explores all aspects of the pop star’s life, including love, family, career, sobriety, and more.

As fans know, the singer was in a relationship with actor Wilmer Valderrama for six years before they split back in June 2016. After their breakup, she dated MMA fighter Guilherme “Bomba” Vasconcelos. But by spring, things had cooled off between them, and in May, there were reports that the two had broken up.

These days, the “Sorry Not Sorry” singer is relying on a dating app to find her next match. But don’t go running off to Tinder just yet — as seen in her documentary, Lovato is scoping out Raya. “I am on a dating app with both guys and girls,” she says in the doc. “I am open to human connection, so whether that’s through a male or a female, it doesn’t matter to me.”

In fact, in the doc, Lovato matches with a woman while the cameras are rolling. We also see the performer picking outfits for an upcoming date. (She opts for a “really see-through” dress to help “seal the deal.”)

As she describes flirty texts and eventual meet-ups (and hook-ups!), it’s clear that even though she’s one of the biggest pop stars in the world, she still gets nervous when it comes to first dates. But she doesn’t mind the butterflies in her stomach and sweaty palms. “It’s fun. It’s so much fun,” she admits. (We totally agree.)

What are your thoughts on first dates? Are they fun or nerve-wracking? Let us know @BritandCo!