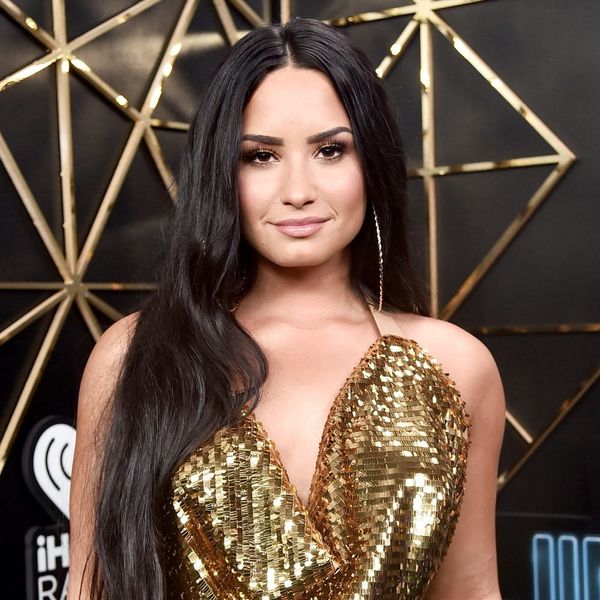 Demi Lovato sang it best herself: “What’s wrong with being confident?” In a new InStyle cover story (on stands March 16), the happily single 25-year-old gets candid about taking charge of her life — and not being afraid to shoot her shot when it comes to dating.

“I’m normally the first one to make the move,” she revealed to the mag. “I’m always the one who says, ‘Let me get your number.’ Or I slide into their DMs on Instagram.”

And whether it works out or not, she doesn’t need a relationship to feel satisfied. “I’m not suffering because I’m alone,” said Lovato, who split from Wilmer Valderrama in 2016 and reportedly dated MMA fighter Guilherme “Bomba” Vasconcelos last year. “There were many years I was in a relationship and I wasn’t learning about myself. Now I’m learning about what I like, what I need, and what I want.”

Part of that learning process was discovering that finding someone to treat her “like a queen,” was more important than that someone’s gender. “I’m very fluid, and I think love is love,” explained the “Tell Me You Love Me” singer, who first opened up about her sexuality in her Simply Complicated documentary last fall. “You can find it in any gender. I like the freedom of being able to flirt with whoever I want.”

That candid approach to life has been healing for the six-years-sober star, who, in recent years, has openly discussed her bipolar diagnosis and past struggles with self-harm and drug and alcohol addictions. In addition to practicing yoga and getting in the ring for regular boxing sessions, she said that she writes a daily gratitude list. And one thing she’s consistently grateful for is the ability to share her story with millions of Lovatics worldwide.