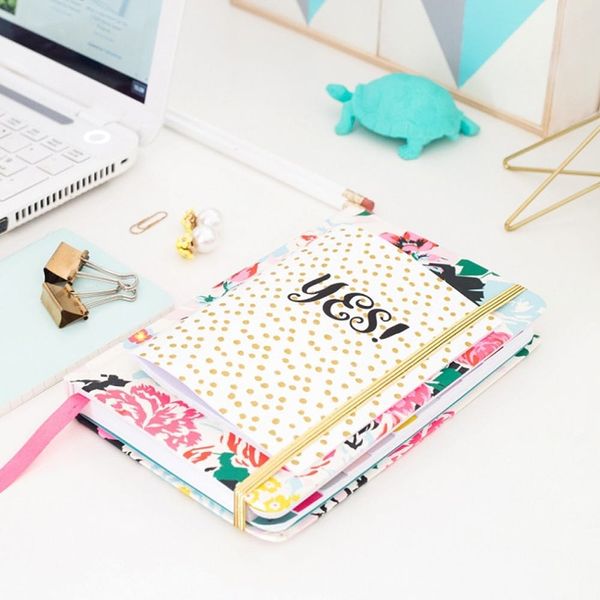 We’ve waxed poetic about Shonda Rhimes’s #girlboss status, but we’re officially ready to appoint her our number one life guru. Reading B+C Book Club’s December pick, Year of Yes is like listening to your long-distance BFF tackle all the bad vibes in her life — insecurity, self-doubt and less-than great relationships — and ultimately come out the other side stronger and even funnier, all while wielding a celebratory bottle of red wine. Though it might seem like Shonda has her life together, she’s painfully honest about both her personal shortcomings and early financial struggles. Our fave memory has to be when she’s broke and deciding on her grocery essentials: “Sometimes the toilet paper does not win. Sometimes a broke woman needs the red wine more.”

The greatest lesson from Year of Yes is that saying “Yes!” to new experiences, the goals that you’ve been too scared to pursue and honesty in your relationships will be life changing. Shonda’s biggest “Aha” moments didn’t come from saying yes to crazy activities like bungee jumping off a cliff or sky diving. Instead, she said “NO” to her fears of speaking up and “YES” to championing herself. She writes that before the year of yes, she was afraid to be herself in interviews, until the challenge made her realize, “If I say nothing of substance, tell them nothing, share nothing, give them nothing… why? Why am I even there? What am I afraid they will see if I am really myself?” We’re totally taking this tip with us into our next work meeting.

Give this book a read for a gentle push to rethink the way you approach the scary things in life. And when you’re done collecting Shonda’s wisdom, DIY this notebook to nail down those goals and remind yourself of what you’ve learned. As Shonda says, “It’s hard work that makes things happen. It’s hard work that creates change,” but in the end, all that hard work will be totally worth it.

How to Make a Paper Notebook

1. Take more or less ten sheets of paper and cut them in half.

2. Fold the paper to create the “body” of your notebook.

4. Use your sharpie to mark the dots already printed and give them an extra shining touch. Then fold the cover in half.

5. Insert the pages into the middle of your cover. Sew, following the folding line.

Pro Tip: If you don’t feel comfortable with your sewing machine, be sure to check this method as well!

Ready to join the B + C Book Club? Snag your copy and tweet or Instagram your book using the hashtag #BritCoBookClub!

Irene Fucci
Irene is a wedding and portrait photographer currently living in Turin, Italy. In 2013 she co-founded One O, where she shares DIYs, home decor inspiration and travel pictures. When she's not working on a new post, she can be found catching the golden light, sipping a soy cappuccino or trying new braided hairstyles.
Book Club
Creativity
Book Club Books DIY
More From Creativity