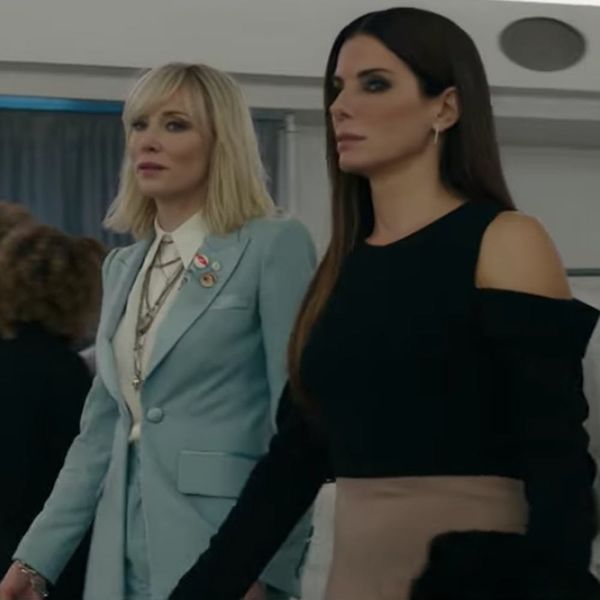 “Why do you need to do this?” a smooth-talking Blanchett asks Bullock, who smiles slyly as the teaser cuts to a montage of split-second clips featuring the rest of the all-star cast doing what they do best.

The teaser is just 15 seconds long, but it offers some intriguing hints at what’s to come. And it’s clear from the start that these ladies won’t be shying away from the action we loved so much in the Ocean’s Eleven trilogy.

This time, though, Bullock’s Debbie Ocean is leading the heist. She’s the sister of criminal mastermind Danny Ocean, who may be dead, if the mausoleum plaque she toasts at the 10-second mark is to be believed. (Although, given what we know from the film’s predecessors, this could be a trick.)

In any case, we’re sure that Debbie will have no problem taking over. When she finally responds to Blanchett’s question regarding her questionable (and criminal) motivation, her answer is simple: “‘Cause it’s what I’m good at.”

The full trailer for Ocean’s 8 drops tomorrow. The movie itself is set to hit theaters on June 8, 2018.

What did you think about this first glimpse at Ocean’s 8? Let us know @BritandCo!