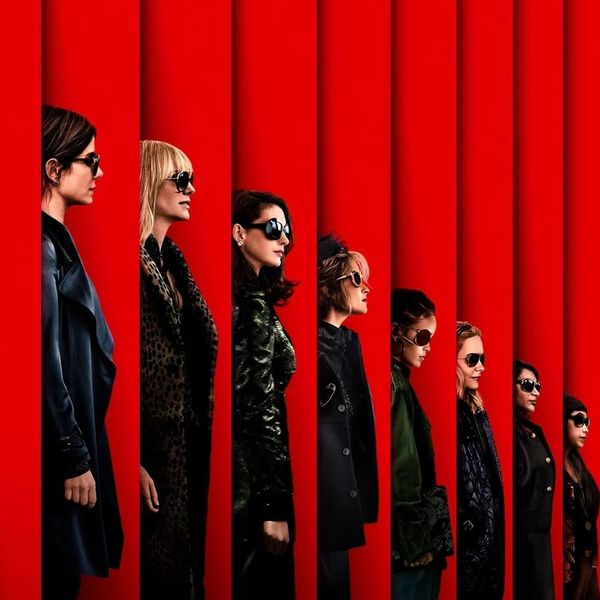 We were already excited about the all-female Ocean’s 8 reboot — especially after getting our first look at the star-studded cast in action on set. And now that the movie’s first poster has been unveiled, we’re practically giddy. Look at this dream team!

The just-debuted movie art features all eight ladies lined up and seemingly ready for action, each wearing a slay-worthy coat and an equally fetching pair of sunnies. A message at the top notes, “Every con has its pros.”

We obviously haven’t seen the movie yet, but the women definitely look like they can handle whatever may come their way when they set their criminal plans in motion.

The group dynamic was great off-screen too. Bullock told Entertainment Weekly that the experience of filming was “really fun,” saying: “Imagine all eight of us crammed into a makeup trailer in the morning. You think that it would be disastrous, but it was heaven, all of us just sharing information, all of us doing three jobs with families, our other jobs, the juggling. And then we get to shoot this movie together.”

Paulson said they got along so well, in fact, that they’re still a part of a lively group text. “I’m not going to lie, it is a very cool chain to be part of,” she told The Edit, adding, “We can go weeks without a chirp, then someone sends one message, and it’s like — ‘brp, brp, brp’ — your phone just blows up for hours.”

We’ll bet their group chat will be blowing up once again when Ocean’s 8 hits theaters on June 8.

What do you think about the first Ocean’s 8 poster? Let us know @BritandCo!