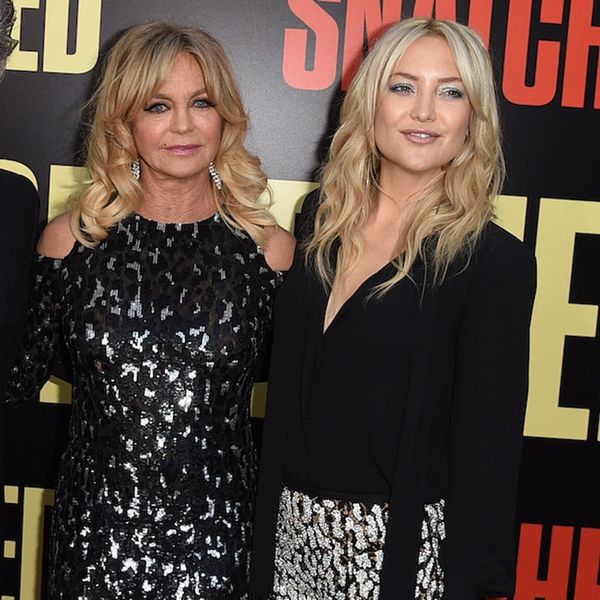 When it comes to Hollywood’s most endearing mother-daughter relationship, it’s hard to compete with Goldie Hawn and Kate Hudson, especially when a red carpet is involved. At the LA premiere of Hawn’s new movie, Snatched, the two showed just how to perfect mommy-and-me dressing, designer style.

While each actress rocked her own aesthetic, they each did it wearing Michael Kors Collection. Hawn wore a custom black and silver cheetah sequined stretch tulle peekaboo gown, while Hudson opted for a custom black fringed silk scarf blouse with black and silver leopard crystal-embroidered lace pants and Giuseppe Zanotti Design sandals.

Snatched is Hawn’s first movie in 15 years. The 71-year-old actress explained to her daughter in a conversation for Interview magazine that she had taken time off to “dig deep,” but a script from Amy Schumer changed everything.

“I met her on an airplane a couple of years ago and told her there’s a movie I really want to make with her,” Schumer told the Los Angeles Times. “And she was very nice. ‘O.K., honey.’ She probably thought I was a psycho… Then I’d meet her at different things, saying, ‘We’re making this movie together,’ and I think, eventually, some people got in her ear and told her I wasn’t crazy, that I make things.”

As for Hawn and her IRL daughter, they prove that even as grown ups, you can still match your outfit with your mom.

What do you think of the mother and daughter’s red carpet looks? Tweet us @BritandCo.