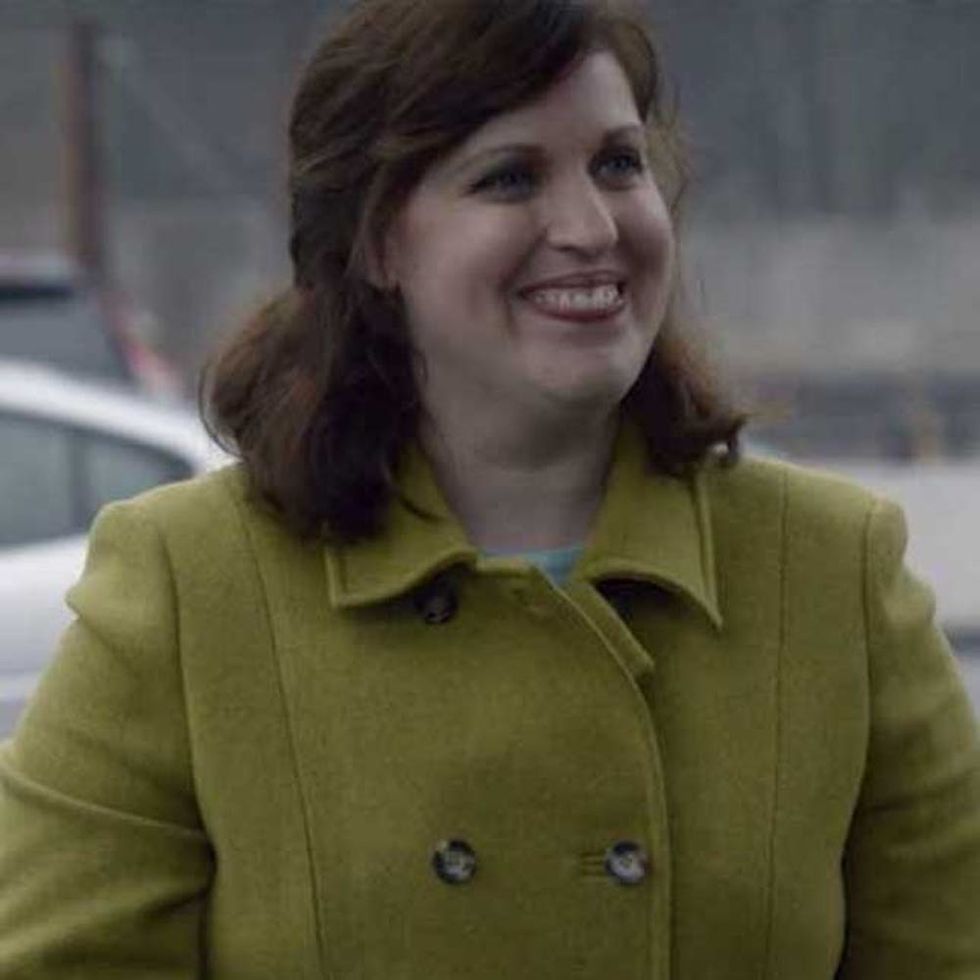 Good Girls turned in an exceptionally good episode a week ago; unfortunately, the follow-up episode, “Special Sauce,” is not quite on the same level as its predecessor. Still, the ladies learn a valuable lesson about their life of crime, and with it comes a (hopefully) recurring guest star in Allison Tolman, who is wonderful.

The main action this week focuses on the secret shopper business. The ladies have expanded their crew to over 30 shoppers, which is certainly ambitious. But that’s a lot of people to keep an eye on, and lo and behold, Rio (Manny Montana) and his henchmen show up with guns because $100,000 of the money Beth (Christina Hendricks) returned to them is the counterfeit stuff. The women figure out that one of their shoppers isn’t actually doing the shopping and is just collecting her money from doing the surveys. Mary Pat (Tolman) is the squeaky wheel, and she’s an incredibly sympathetic figure — she has four kids and her husband just died — right up until she figures out the secret shopper business is a front for something shady and starts demanding $10,000 a month from the women to keep her mouth shut.

Honestly, that seems pretty cheap, all things considered. But it’ll be interesting to see if Beth takes Rio’s advice about having to “get rid” of the bad eggs. I would imagine they’ll have to threaten Mary Pat in a way that does minimal actual damage but scares her enough that she backs off. I don’t think Beth would ever kill a single mother with four kids at home, but they’re going to have to figure something out.

Someone they might have to give some serious thought to killing, however, is Boomer (David Hornsby), who tried to rape Annie (Mae Whitman) and knows about some of their shady dealings. He needs to go, and frankly, it wouldn’t be much of a loss. The biggest loss would be what that would do to the ladies. Can they go that dark?

Either way, they are ride or die. After Annie says something super crappy to Ruby (Retta) about not being “blood,” they realize they are in this together until the end.

Speaking of the end, Agent Turner (James Lesure) has recruited a local police task force, which includes Stan (Reno Wilson), to help him catch Rio. Ugh. It is going to be so painful to watch when Stan figures out what Ruby is up to.

We can only hope he handles it as well as Dean (Matthew Lillard) does. After getting over his initial shock, Dean tells Beth that if she’s doing whatever it is she’s doing for the good of their children, that’s all he needs to know. And that’s all well and good, except Beth isn’t really doing it for her kids anymore. That may still be part of it, but it’s not the whole reason (or even the majority of the reason). She’s doing it because she likes it.

Finally, Annie sleeps with Gregg (Zach Gilford) when he comes over to get some pants for Sadie (Izzy Stannard). It’s super cute and I really hope these two can get back together at some point. Whitman and Gilford have a nice, easy chemistry together.

“Special Sauce” isn’t Good Girls’ strongest episode, but it definitely sets up a secondary “villain” with Mary Pat. I can’t wait to see how that plays out, because she’s an incredibly good foil for them. Whereas Rio is a criminal and therefore we are mostly sympathetic to the ladies’ side of things, Mary Pat is just like the women. She finds herself in financial straits, and when she gets some leverage, she uses it to her advantage. She’s a much more nuanced adversary.