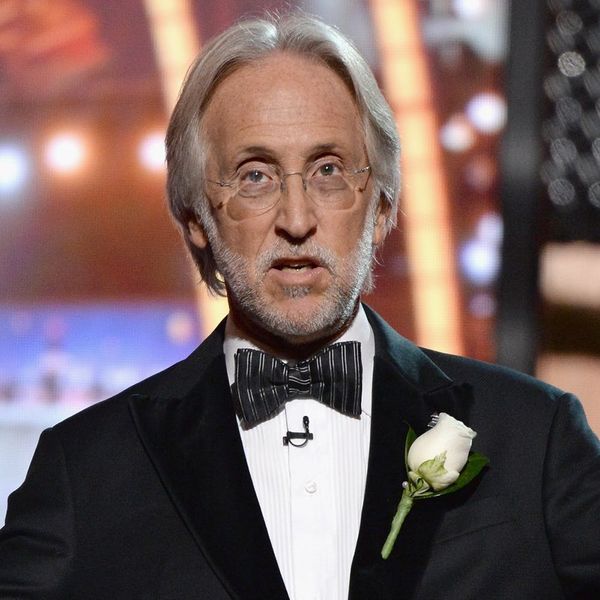 The buzz around the 2018 Grammys is still going strong several days after the actual ceremony, in large part due to comments made by the Recording Academy’s CEO and president, Neil Portnow, who said women need to “step up” if they want to win more awards (*eye roll*). He later walked back his remarks, but the damage had already been done. Now, in response to the massive backlash, the Grammys are forming a task force to “step up” themselves.

On Thursday, February 1, the Recording Academy sent out a message from Portnow “to the music community” as a whole. “After hearing from many friends and colleagues, I understand the hurt that my poor choice of words following last Sunday’s GRAMMY telecast has caused,” he said in the note.

That “hurt” was voiced by celebs including Kelly Clarkson, who rightfully stated that when it comes to stepping up, she “Jenna Dewan’d that sh*t,” and Vanessa Carlton, who is supporting a petition calling for Portnow to step up by stepping down. And Carlton isn’t alone.

In an open letter sent yesterday, top female executives — including Artist Group International’s Marsha Vlasic, MAC Presents’ Marcie Allen, and Friends At Work’s Ty Stiklorius — publicly called for the Grammys president to resign. In addition to noting that his comment was “wrong and insulting and, at its core, oblivious to the vast body of work created by and with women,” they said that his initial attempt to apologize was way off the mark. “Your most recent remarks do not constitute recognition of women’s achievements, but rather a call for men to take action to ‘welcome’ women. We do not await your welcome into the fraternity. We do not have to sing louder, jump higher, or be nicer to prove ourselves.”

Perhaps recognizing that his apology wasn’t enough, Portnow said in his letter on Thursday: “I also now realize that it’s about more than just my words. Because those words, while not reflective of my beliefs, echo the real experience of too many women. I’d like to help make that right.”

He explained, “The Recording Academy is establishing an independent task force to review every aspect of what we do as an organization and identify where we can do more to overcome the explicit barriers and unconscious biases that impede female advancement in the music community. We will also place ourselves under a microscope and tackle whatever truths are revealed. I appreciate that the issue of gender bias needs to be addressed in our industry, and share in the urgency to attack it head on. We as an organization, and I as its leader, pledge our commitment to doing that. We will share more information about the steps we are taking in the coming weeks.”

Let’s hope this task force really tackles the issue(s) at hand. We look forward to seeing a noticeable (and much-needed) change at next year’s Grammys.

What do you think about the Grammys establishing a task force to help with female advancement in the music industry? Let us know @BritandCo!

Desiree O
Desirée O is a ‘Professional Bohemian’ who loves anything and everything related to the arts, entertainment, and pop culture. She ADORES being a ‘Newsy’ for Brit + Co, covering all of the latest tidbits of awesomeness that you want to read about. When she’s not writing, she’s either making messy art, going on long adventurous walks with her camera, or poking around over at bohemianizm (http://www.bohemianizm.com/). You can find out about Desirée O and her work at http://DesireeO.com/ or follow her on Twitter @DesireeO.
Awards Shows
Music
Awards Shows Grammy Awards