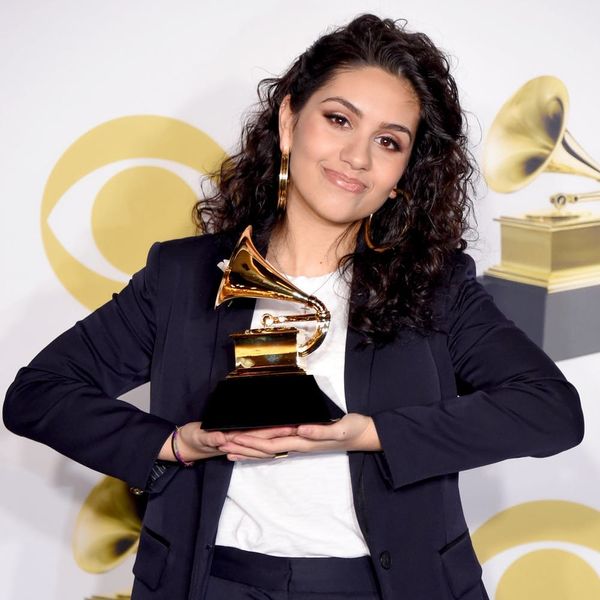 Sunday night’s 2018 Grammy Awards came with a few moments of unforgettable female empowerment. Janelle Monae’s impassioned Time’s Up speech, for example, put the movement against sexual harassment and assault in the spotlight. And Kesha’s triumphant performance of “Praying” brought viewers (and the audience) to tears. But with rumors that Album of the Year nominee Lorde wasn’t given a solo performance slot, and most women getting shut out of the major categories altogether, it was, ultimately, a #GrammysSoMale affair.

During the live 3.5-hour Grammys broadcast, Alessia Cara was the only solo female artist to make her way to the podium to accept an award. Rihanna was onstage with Kendrick Lamar to accept their Best Rap/Sung Performance Grammy for “Loyalty,” but every other trophy presented during the main televised ceremony went to a male artist.

R&B singer SZA, who had a breakout year with her album CTRL and was nominated for five awards, went home empty handed, even as her highly anticipated performance was saved for late in the show. And the Best Pop Vocal Performance award went to Ed Sheeran, the only man in a category that was otherwise dominated by women, including Kelly Clarkson, Pink, Lady Gaga, and Kesha, who was nominated for “Praying,” a song that not only more than delivers performance wise, but also, at the height of the Me Too movement, feels more meaningful than ever. (The crowd at Madison Square Garden reportedly booed the results. Sheeran wasn’t at the ceremony to accept.)

The night’s big prize, meanwhile, went to Bruno Mars. Lorde was the only female artist nominated for Album of the Year, and just hours before the show started, reports surfaced that she was also the only one of the nominees in that category who wasn’t asked to do a solo performance.

The numbers don’t lie: In the end, only 11 of the 84 total awards (most of which were presented during a pre-telecast ceremony) went to women. And as Monae pointed out before the show, 90.7 percent of nominees between 2013 and 2018 were male, meaning just 9.3 percent were women.

People were, at the very least, uninspired by the night’s support for female talent, and at the most, livid. Many thought the Recording Academy, the body behind the Grammys, was happy to use the women who were nominated as political talking points on the show, but unwilling to recognize them otherwise.

BUT WHY DIDN'T YOU GIVE THESE AMAZING POWERFUL WOMEN THEIR DESERVING GRAMMYs?!?! https://t.co/bynVqkYyED

Isn’t it great how the #GRAMMYs claims to be so current & relevant – black outfits.. Time’s Up badges.. white roses.. Kesha giving a moving performance with women on stage..
And yet Every single major award last night was won by a male artist? 🤔
Speaks Volumes,#GrammysSoMale

Given the discussions of inequality that have dominated awards season — the Grammys’ own red carpet was full of white roses in support of the Time’s Up movement — many expected more. Following the show, Recording Academy president Neil Portnow was asked about the imbalance, and he said that women need to “step up” more.

“It has to begin with…women who have the creativity in their hearts and souls, who want to be musicians, who want to be engineers, producers, and want to be part of the industry on the executive level,” he told Variety, seeming to entirely overlook the historic imbalance of power and marginalization of non-male voices. “[They need] to step up because I think they would be welcome. I don’t have personal experience of those kinds of brick walls that you face but I think it’s upon us — us as an industry — to make the welcome mat very obvious, breeding opportunities for all people who want to be creative and paying it forward and creating that next generation of artists.”

One Twitter user suggested that, next year, women “get nominated for all the 2019 Grammys” and then protest the previous exclusion by sitting out the show entirely. While that’s not likely to happen, it would certainly send a message — one that the Academy still has yet to fully receive.

What did you think of the lack of women represented at the Grammys? Let us know @BritandCo.