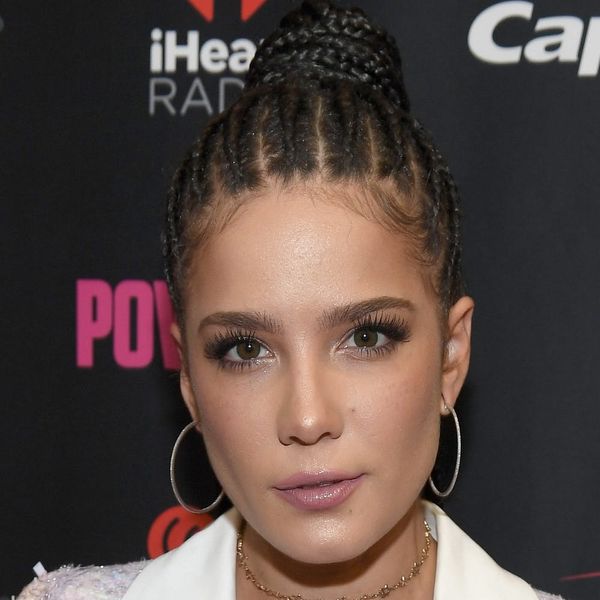 Halsey made her love of the ’90s known long ago with the release of her breakout hit, “New Americana,’ in which she referenced growing up to the likes of “Biggie and Nirvana.” Now, she’s taken things one step farther, permanently etching a reference to music from the bygone era onto the side of her neck with a line from a tune you’ll most definitely remember.

Celebrity tattoo artist Jon Boy of Bang Bang Tattoo gave us a glimpse of her neck tat, which appears to be tiny, cursive script of a phrase we’ve heard blasting from the radio a time or two in our day: “I’m a loser, baby.”

Ringing any bells? If not, allow Jon Boy’s caption of “Soooooooooyy un perdedor” (“I’m a loser” in Spanish) to spark your memory of Beck’s 1994 hit, “Loser.”

The body art joins the more than 20 other pieces the “Bad at Love” singer already sports, including one of two mouths kissing on her leg.

The 23-year-old also helped to add to her boyfriend, G-Eazy’s, tattoo collection, drawing up both an angel and a devil for Jon Boy to place in the spaces between her man’s biceps and elbows.

“The beautiful and the damned,” the tattoo artist wrote in a nod to the title of the rapper’s recently released album.

What a cool couple!

What do you think of Halsey’s new ink? Share over @BritandCo.

Nicole Briese
Nicole is the weekend editor for Brit + Co who loves bringing you all the latest buzz. When she's not busy typing away into the wee hours, you can usually find her canoodling with her fur babies, rooting around in a bookstore, or rocking out at a concert of some sort (Guns N' Roses forever!). Check out all her latest musings and past work at nicolebjean.com.
Celebrities
Beauty News
Celebrities Celebrity Beauty Tattoos