The Surprising Health Benefits of Gratitude 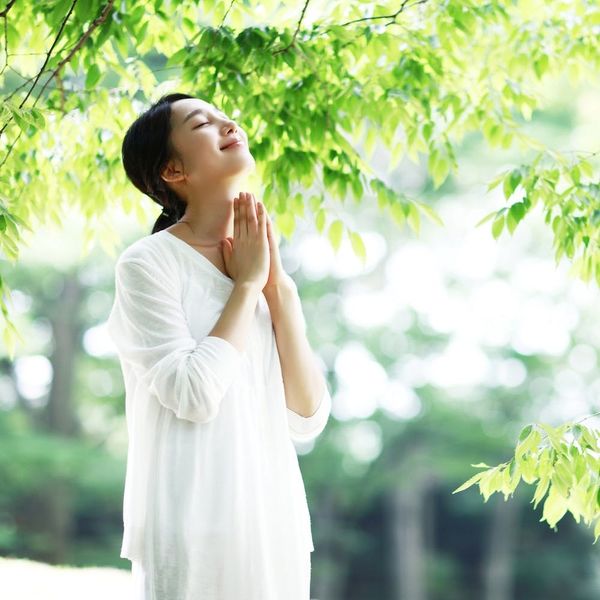 With Thanksgiving at the tail end of November, this is the month when many of us turn our thoughts toward counting our blessings. Whether it’s writing in a gratitude journal or posting a daily countdown of things we’re thankful for on social media, there are plenty of ways to stay mindful of all that’s good in our lives. And thankfulness isn’t just fodder for likes and shares during the holiday season. A regular gratitude practice can actually make you a healthier person, both mentally and physically. Here are five surprising health benefits of giving thanks that may inspire you to continue to do so all year round.

1. It gives a good night’s sleep. If anxiety keeps you up at night, you may have heard the recommendation to put down on paper the things that are worrying you. This is constructive advice for sure, but it could actually be just as helpful to write down what you’re thankful for. A 2011 study in the journal Applied Psychology: Health and Well-Being found that when people took time to write in a gratitude journal before bed, they experienced longer, more refreshing sleep. Another in the Journal of Psychosomatic Research looked at people’s general outlook — whether positive or pessimistic — and found a clear link between a grateful attitude and sleep quality.

2. It takes stress down a notch. Could it be possible to “thank” your stress away? To an extent, yes. When the pressures of life activate our fight-or-flight response, the stress hormone cortisol can soar to sometimes alarming levels, making us feel like everything’s an emergency. But practicing gratitude is associated with a 23 percent reduction in this hormone and dramatically reduced blood pressure (another indicator of acute stress). To keep your cool when tensions run high, try meditating for a few moments on something in your life you’re truly thankful for.

3. It boosts mental health. If gratitude can reduce stress and help you sleep better, it’s no surprise that it can also relieve depression. After all, these inter-related issues are a well-known trifecta of mood. It only makes sense, too, that focusing on the good can pull you up when you feel down. Harvard Health reports that “gratitude is strongly and consistently associated with greater happiness” by helping us savor enjoyable experiences, feel more positive emotions, and make stronger connections with others. Two long-term studies confirmed that people who were more thankful had lower levels of depression.

If the holidays aren’t full of cheer for you — as they aren’t for many people — try to embrace the thankful spirit of the season by jotting down a few things you’re grateful for every day or writing thank-you notes to people who have impacted your life for the better. These small activities could alleviate some of the mental health burdens this time of year can bring.

4. It tackles inflammation. Ugh, inflammation. This dreaded state of cellular aggravation underlies untold numbers of health issues, from narrowing of the arteries to gum disease to many autoimmune conditions. Wouldn’t it be nice if there was a way to tame it with something other than drugs? Good news: Social scientists at the University of California, Davis report that thankfulness has calming effects on the inflammatory state. According to their research, patients with congestive heart failure who regularly gave thanks experienced a seven percent drop in biomarkers for inflammation. (Maybe a thankful heart really is a healthier heart.) And people who suffered from neurodegeneration (conditions like Alzheimer’s and Parkinson’s that may also be caused by inflammation) had significantly better verbal ability when observing a daily gratitude practice.

5. It promotes recovery. Conventional medical wisdom doesn’t usually include thankfulness as a key to bouncing back from physical ailments — but increasing evidence makes a case for it as both prevention and treatment of disease. According to the UC Davis researchers, focusing on what you’re thankful for can actually improve immune function. (No doubt getting better sleep and feeling less stressed sets your body’s defenses up for success.)

Additionally, a 2015 study that followed patients’ levels of gratitude after a heart attack found that they recovered better when they appreciated the good in their lives. “People who reported feeling more gratitude after two weeks also reported six months later that they had taken their medication more reliably, maintained a healthier diet, and gotten more exercise than their less grateful counterparts,” explains Jeff Huffman, one of the study’s authors.

If such a small lifestyle change can yield such amazing results for our health, that’s really something to be thankful for.

Do you practice gratitude? Tell us how at @BritandCo.

From Your Site Articles
Sarah Garone
Sarah Garone is a mom, wife, nutritionist, and freelance writer in Mesa, AZ. She loves music and travel, speaks fluent German, and does a lot of running (to counterbalance the surprising amount of cookies she eats for being a nutritionist). Find her sharing great recipes and helpful nutrition info at A Love Letter to Food.
Adulting
Health
Adulting