How to Stay Friends With Your Ex After a Breakup 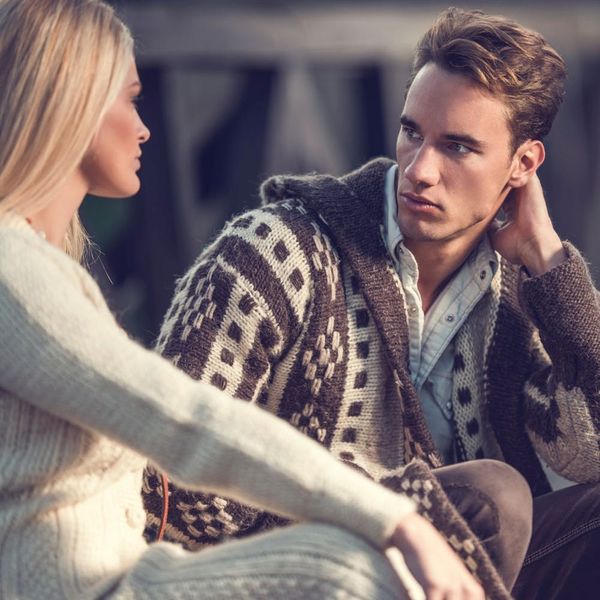 The hardest part about breaking up isn’t so much getting back your stuff as it is trying to to end on good terms and, in a perfect world, staying friends with someone after the relationship has ended. Of course, this is MUCH easier said than done. To get the scoop on the best way to address the tough stuff, we consulted with founder of eFlirt and author of Love @ First Click, Laurie Davis. She shared some seriously helpful tips for making a romantic transition less painful, all while maintaining mutual respect.

Focus on Your Feelings

“When it comes to ending a relationship with respect, focus on feelings versus accusations. When you let someone know your true feelings — and just your feelings — they hear you more. For example, you might say, “I feel disconnected from you; it doesn’t feel like we’re as close as we used to be.” You lead with your feelings; it becomes hard to object. It’s unlikely the other person would say, “I don’t believe you feel that way,” right? Your emotions will always come off to the other person as more genuine than leading with accusations like, “You’re never around anymore.” If you’re finding it’s hard to see beyond the accusations, locate the feelings by asking yourself how the accusation is really affecting you. How does it feel when they’re not around? Express whatever the answer is.”

In addition, one of the best things you can do is leave the nitpicking out of it. When you’re ending a relationship, there’s no need to obsess over everything that didn’t work. While it’s super hard to keep fights out of the actual breakup, try to keep your cool as much as you can.

Instead, Laurie says, “Show appreciation. It can be done. Think about it: You were together for a reason and likely enjoyed many parts of the relationship, so let them know that. At the end of the conversation, tell your partner that even though things didn’t work out, you really did appreciate your time together. Choosing to be grateful can have a profound effect on both of you when ending a relationship.”

Taking this advice to heart will put you in a much better position to stay friends once some time has passed. While it can feel like the most impossible thing in the world immediately post-split, there ARE some things you can do to make the transition easier.

Laurie says that means: “No talking, no texting, no liking statuses. Even if you had the ideal breakup, ending a relationship is still painful and you need to heal from that first and reconnect with yourself. Then, you can reconnect with each other. The time frame for that looks different for every ex couple — it’s all about what’s best for you two.” So yes, it’s totally okay to indulge in ice cream eating, wine drinking and teary-eyed Adele listening in the meantime!

Finally, remember that burning bridges is no way to go through life, and that it’s ultra unrealistic to expect that every romance will end well. Finding closure in a considerate way shows that you respect relationships in your life — and it’s sure to make things MUCH less awkward if you run into each other in the future too.

Have you successfully ended a relationship on good terms? Talk to us about what helped @BritandCo!