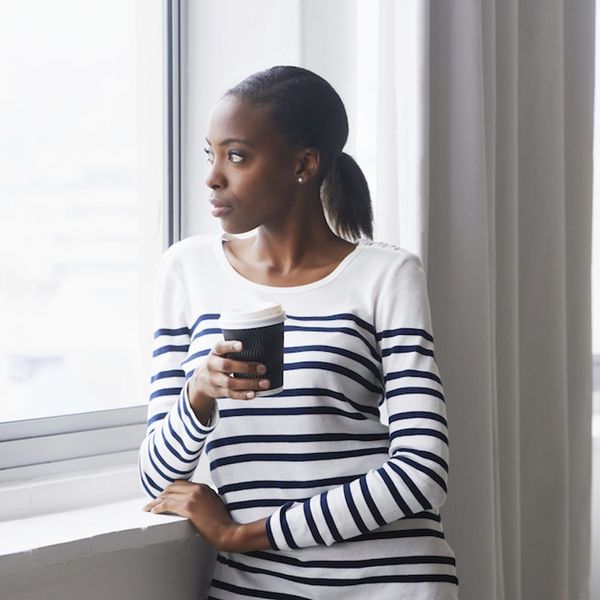 If you’ve been waiting for tangible proof that breakups actually affect your heart, wait no longer. Whether the relationship ended with a talk, a fight or straight up ghosting, that dull aching pain you wish would go away after a heartbreak is REAL and there is physiological evidence that proves it, thanks to a fellow named Koby Soto from Tel Aviv, Israel, who tracked his heart rate after his boyfriend and him split up. And there’s kind of a completely surprising added bonus to the whole deal too.

Breakup, as captured by my fitbit. #breakup #Fitbit pic.twitter.com/S9sLV2TlCC

Koby and his BF had a “we need to talk” convo while the 28-year-old was wearing his trusty old Fitbit. When he checked back later on his Fitbit Dashboard, he found that after the breakup, his resting heart rate sped up from about 60-something bpm to almost an average of 90-something BPM (with spikes up to 117) for the rest of the day. You can see the time of the “the talk” indicated by the little red arrow in Koby’s tweet. :(

@DorinManoli actually fitbit thought I was working out. Look at this pic.twitter.com/giwcw762KK

And that’s not all. His heart rate was so accelerated, Fitbit actually believed the Koby was working out — for an hour and 32 minutes straight — and indicated so on his Dashboard. Who needs the gym when you have heartbreak? The pain is totally real, guys. Plus, the pain burns fat too.

So all those hours you spent holed up in bed crying over old breakups because your heart hurts? Totally justified with scientific proof to boot!

What do you think of this tech + relationship news? Tweet us @BritandCo!

Kimberly Wang
Kimberly Wang writes about all things pop culture, tech, style, and beauty. She's a Bay Area transplant and has an MFA in Creative Writing from Columbia University. On a sunny New York day, you can find her hanging out with her mini schnauzer Isabelle Jellybean on a blanket in Central Park.
Wearable Tech
Health
Wearable Tech
More From Health