I Tried the Whole30 and Disliked It for These Reasons 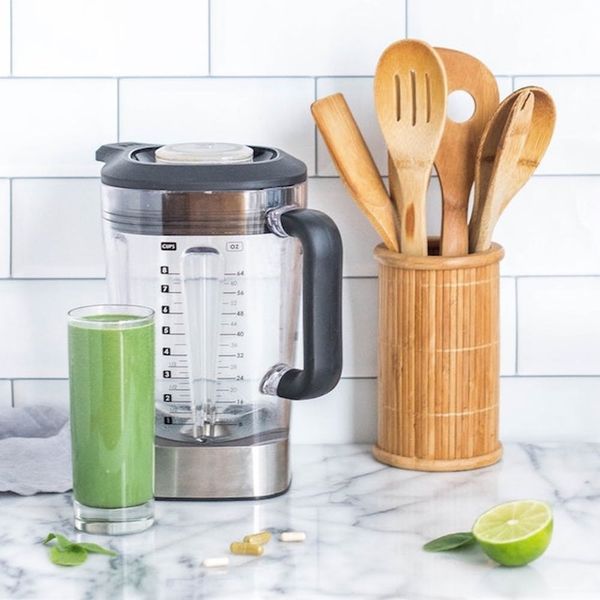 The Whole30 is one of the trendiest food fads out there, but lately it’s been getting some mixed reviews. Nutritionists have weighed in on the pros and cons of the diet with skepticism, and yet it still seems as popular as ever. With all the buzz, I decided to take the Whole30 for a test drive myself. I dutifully spent the week before researching recipes, making Whole30 approved shopping lists, and dropped a small fortune on nuts, coconut oil, organic produce, and grass-fed everything. I even got my husband on board and looked into how we could make over some of our toddler’s favorite meals. We were intrigued, optimistic, and even excited about the month ahead, but a few days in we were singing a different tune. Here’s how it went wrong for me.

The Wrong Kind of Balanced Diet (For Me)

Typically, I eat meat occasionally, and the rest of my diet is vegetarian. On the Whole30, I found myself adding meat into one or more meals on a daily basis. A few days in, I felt sluggish, bloated, and generally pretty tired. After bigger meals, I often felt nauseous or had stomach aches. I’ll spare you the TMI, but my digestive system was unhappy. I figured this was a temporary side effect of some kind of detox and pushed through. However, I felt progressively worse. After the Whole30, I skipped the reintroduction phase and went back to my normal eating habits (with a few adjustments, such as less sugar). Almost instantly, all of my tummy troubles went away. I chatted with my doctor about it, and she agreed it was likely the higher amount of animal protein just wasn’t sitting well with my body.

Having lived in my body for 30 years, I have a pretty good sense of which foods energize me and which ones aren’t doing me any favors. For example, a poached egg on whole wheat toast is just one of those breakfasts that makes me feel great and sustains me through the morning. I feel good after having a bowl of grains and veggies for lunch, or a fruit and yogurt smoothie for a snack. There’s a lot of research to suggest that whole grains, legumes, and dairy are nutritious and essential parts of a balanced diet. I didn’t like the Whole30 messaging that entire food groups are largely “bad” for you, and even toxic, especially given the lack of medical research to support these claims.

While I could see it working for an individual or possibly a couple, I found the Whole30 too expensive for the average family. Whole grains like brown rice and whole wheat pasta, beans, and lentils are inexpensive “fillers” many people use to round out fresh produce and meat. Cutting these food groups out entirely increased our grocery budget significantly. While some people might reason that it’s a good excuse to eat less anyways, that’s not a feasible solution for growing kids.

I was exhausted from all the meal prep — and, I say that as a person who has worked as both a restaurant and test kitchen cook. Trying to balance work, family, and a social life while preparing nearly every meal, snack, sauce, and condiment from scratch was way too involved. Usually if I’m pressed for time, I’ll make a quick bowl of oatmeal or grab some fruit and yogurt. I’ve even been known to slam a PB&J for dinner. Without these options and with limited choices for eating out, I found myself skipping meals entirely, because I was just too tired.

Clearly, the Whole30 wasn’t the right fit for me, but different diets and balances of food are going to work for different people. I like that the Whole30 really does encourage you to focus on how your body feels. Do you really want another cup of coffee, or are you just craving something warm and comforting? How do different food groups influence how you feel? For me, I found out pretty quickly that a ton of meat isn’t great for me. Others may discover that dairy or wheat causes inflammation in their bodies, or that they’ve been eating their weight in cheese/wine/brownies/etc.

I also appreciated the attention to eating whole foods, cooking your own meals as much as possible, and cutting out processed foods. Making those small changes alone could amount to a huge step up in healthy eating. Lastly, the Whole30 cuts out most sugar entirely, something that I already knew I ate waaaay to much of but was shocked to track in reality. I now try to remain totally mindful whenever I indulge, and often only need a couple bites before I feel satisfied. Ultimately, diet trends are about trying what works for you, your body, and your lifestyle. There’s no “one size fits all” method, and that’s what I discovered about the Whole30.

Jessica Smith
Jessica is a blogger and professional pastry cook in San Francisco. When not whipping up desserts, you can usually find her tackling DIY projects with her husband, entertaining for a crowd, or running around the neighborhood with her rambunctious puppy, Rebel. Jessica believes in using seasonal and wholesome ingredients as much as possible and you can check out more of her recipes at her blog: By Guess And By Golly.
Healthy Essentials
Healthy Eating
Healthy Essentials Healthy Living
The Conversation