These Celebrity Cousins Just Got the Best Matching Family Tattoos 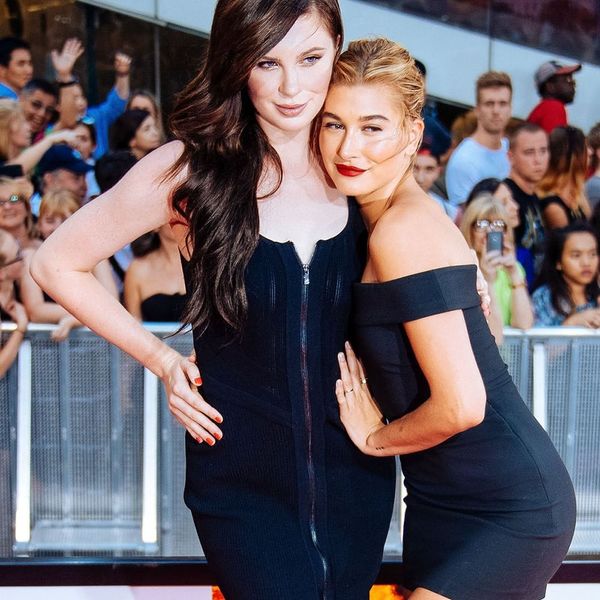 When it comes to famous celebrity families, you’ll be hard pressed to find one that’s more integrated in the industry than the Baldwins (you know, the OG Kardashians). While the giant family has definitely had their fair share of controversy over the years, there’s no denying they’re a pretty tight-knit group – and apparently the same can be said for the next generation of Baldwins. Budding Baldwin fashion icons (say that five times fast) and cousins, Ireland and Hailey are super close. So close that they’ve gone ahead and take the whole “blood brother” tradtion to a whole new level with matching family tats.

Alec Baldwin’s daughter, Ireland (19) and Stephen Baldwin’s daughter, Hailey (18) hit up tattoo artist to the stars Jon Boy last night to get matching finger tattoos. The sleek tattoos spell out “Baldwin” in a simple script along the inside of their middle fingers. If the name Jon Boy sounds familiar that’s probably because he’s the same artist who gave Kendall Jenner that ultra minimal tattoo earlier last month.

Both these ladies already have a few other tattoos (Hailey was also there the night Kendall got her tat), so we have a feeling this probably isn’t the last time we’ll be getting some serious tattoo inspiration from the Baldwin gals.

Do you have a tattoo of your family name? Share with us in the comments below.

Cortney Clift
Cortney is the senior writer and special projects editor at Brit + Co. She typically covers topics related to women's issues, politics, and lifestyle. When she's not buried behind her computer you'll find her exploring New York City or planning her next big adventure.
Kardashians
Makeup
Kardashians Tattoos
More From Makeup