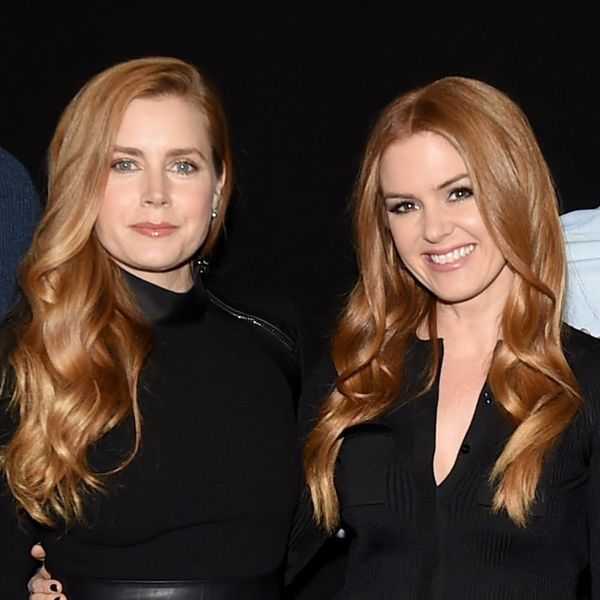 Amy Adams and Isla Fisher have a lot in common. So much so, in fact, that it’s not uncommon for people to mistake the actresses for one another… including other celebrities. As the Keeping Up With the Joneses star revealed to Jimmy Kimmel, even Lady Gaga can’t always keep the two straight.

“I usually correct them. Sometimes I don’t,” she says of people that mix up the two. Upon seeing Gaga at a Vanity Fair Oscars party, for instance, Fisher says chose to stay mum. “The crowd’s part, and there’s Lady Gaga!” she recals. “And she’s heading right towards me, And she says, ‘Thank you, your performance in American Hustle, Amy…’ and I’m thinking, ‘Ohmygosh, it’s Lady Gaga, I love her so much, I don’t want to tell her the truth, so I just gracefully thanked her, bowed my head.” (We can’t say we blame her — we’d probably have done the same!)

The mother of three says that things got a little sticky, however, when the singer wanted to dissect the performance further, right around the same time that the REAL Amy Adams entered the room. “So I said, ‘There’s Isla Fisher,” she joked. “She’s not even nominated for anything, what’s she doing here?”

After reliving yet another instance in which she was forced to attempt to sing a tune from her Hollywood twin’s role in Enchanted for adoring fans, she told the talk show host that she’s finally ready to set the record straight with a helpful (and hilarious!) PSA to the world.

“Hello. I’m Isla Fisher, and I’d like to clear something up,” she begins in the skit. “I am NOT Amy Adams. Amy Adams, and I, are completely different people.”

Walking us all through the subtle differences between the two (“Amy Adams’ hair is auburn red. Mine is *light* auburn red”), Fisher, 41, pleads her case that not all famous redheads (Jessica Chastain and the Wendy’s mascot included) are interchangeable.

Watch her PSA in all its entirely above, and see you if can tell these two apart!

Are you able to separate the two? Tell us over @BritandCo.