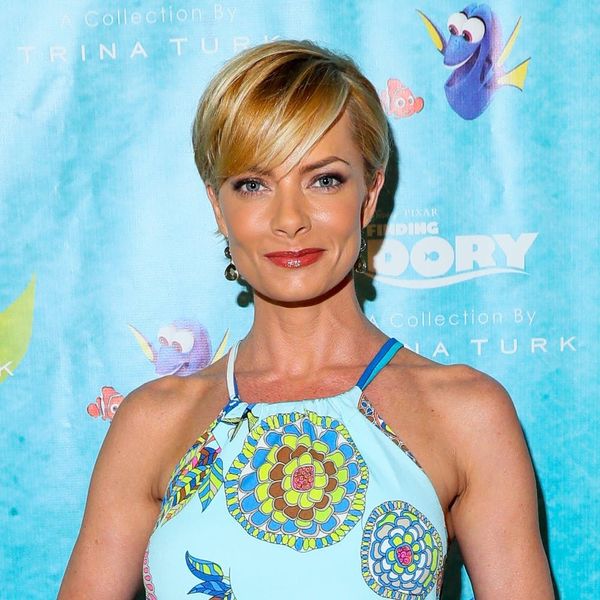 It’s not only a baby boom in Hollywood — it’s a TWINS boom! A day after George and Amal Clooney welcomed their twins and while we await the arrival of Beyoncé’s twins, Jaime Pressly has revealed that she’s pregnant with twins (of course).

“Twins don’t run on either side of our families so we were completely shocked,” the 39-year-old Mom star told People. “This wasn’t IVF or anything like that. It was just a shock, and I’m like, ‘Doctor, that’s impossible!’” Perhaps it seemed impossible, but it’s totally now the reality for Pressly and her boyfriend, Hamzi Hijazi, who she’s been dating since 2011.

“I’ve always wanted three kids,” the actress who has a 10-year-old son from a former relationship revealed, adding, “the older I’m getting, I’m like, ‘Okay, maybe just one more would be nice.’ I was getting a little sad, but it was like, ‘We’ll give you two in one. You don’t have to do another pregnancy.’”

#FridayFun with the #family excited to watch #TheToyBox on @abcnetwork starting at 8pm!

She also recognizes the changes this time around, explaining, “I’m 10 years older than I was the last time [I was pregnant], so the pregnancy is completely different. [The babies have] been doing like, river dance on my uterus! I’m excited to do this 10 years later when I’m older and wiser and more calm. It’s going to be a totally different experience, but a great one. I’m so excited for it!”

Did you have your kids close together or more than a few years apart? Let us know @BritandCo!