7 Things Every #Girlboss Needs to Know This Election 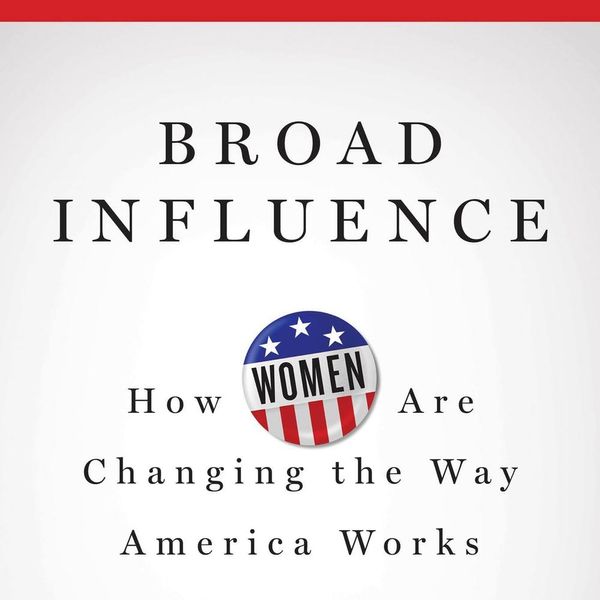 In her new book Broad Influence: How Women Are Changing the Way America Works, Time Magazine Washington Correspondent Jay Newton-Small delves into what’s happening now that women are moving into politics — and the workforce, holla! — in larger numbers than ever before. On her fourth presidential campaign trail, Jay has developed a keen eye for both politics and how women operate therein. In fact, Jay says she wanted to write this book years ago — after watching women in the Senate repair the 2012 government shutdown, to be precise — but put it off because “the women of the Senate were all writing their own books, and didn’t need one from me.”

Fast-forward four years and Jay’s book is out… just in time to give us some key insights into how women get elected and what they do once they’re there. This week, Jay took some time to tell us what she thinks about the election.

1. Hillary is running a very different campaign this year than in 2008, and it’s for a good reason: “When Hillary ran in 2008, it was very much this feeling of, you know, she had to run “as a man,” it was very much a men’s playing field. You couldn’t show emotion, you had to prove you were tough enough. […] In interviewing other women who have run for executive office, female governors like Janet Napolitano, Mary Fallin in Oklahoma, Christine Gregoire in Washington, all of them said that they felt they had had to pass this toughness test. But then after they had won this first election, or gone through this first election, they felt much freer to be themselves. And I think you’re seeing that now with Hillary.” (Photo via Facebook)

2. Women have reached a critical mass of representation for the first time: “All the branches of the government are reaching critical mass at the same time, which is right now. You have 20 percent of Congress, and those women in the Senate in that session ended up having a big impact, they ended up producing about 75 percent of the legislation that passed that session. And then about 30 percent of the administration, between high-level civil servants and political appointees, and then about 35 or 36 percent of the federal bench is now female.”

3. “Critical actors” are just as important as “critical mass,” and we’re also seeing women take those roles: “I did a chapter on Nancy Pelosi as a critical actor in the House, which is also a really important aspect of critical mass, critical actors, so why it’s important to have, say, a female Speaker of the House or a female president because they help much more quickly accelerate the growth of women underneath them.” Um, can we get a what-what? (Photo via Alex Wong/Getty Images)

4. The parties need to reach out to women to earn our vote: “As I write in the book, the single greatest threat to women’s progress in the public sector is the Republican Party’s inability to reach out and recruit women, and talk to women. It is a huge problem. You can’t have bipartisan deals in Congress unless you have women across the aisle to reach out to, and those numbers are dwindling. […] In the last 30 or 40 years they’ve really lagged on women’s issues.” (Photo via Mark Makela/Getty Images)

5. Younger women are less pressed about electing a woman president because we see it as inevitable: “The hallmark of millennials is this that this is the first generation ever born assuming the equality of the sexes, right? It’s an assumption that every millennial has. So I think most millennials think, “Of course there’s going to be a female president in my lifetime, I’m not questioning that, why does it have to be Hillary?” And what she needs to do, what she’s failing to do, is to really make the case on why she would make a better president for millennials and for women than anyone else. […] And the Republican solutions to them, in terms of tax credits, have proven in other countries to be less effective, frankly, at bringing women into the workforce.” (Photo via Justin Sullivan/Getty Images)

6. Women in government get things done: “[During the 2012-2014 session of Congress] it was a time of great acrimony, you’ll remember. It was the time of the government shutdown. The Senate also went nuclear, a sort of US expression for the Senate shutting down over changes to filibuster rules to confirm judicial appointments. So despite all the acrimony, and despite how little was produced, it was the least productive session I think ever, or at least in recent memory, what little did get done got done by women because they maintained these close bipartisan relationships and friendships.” (Photo via Chip Somodevilla/Getty Images)

7. Look forward to more attention to women’s issues… but legislative progress will take time: “As more women’s voices become powerful and heard and those issues [of pay equality, child care access, parental leave] are brought more to the forefront you would hope that they would gain more traction. But they’re also very tough issues to deal with, because they’re so expensive. Child care is the number one thing that would bring more women into the workforce, but it’s also the single most expensive thing you could pass through Congress.”

Are you excited about what women are doing in politics? Tweet us at @BritandCo!