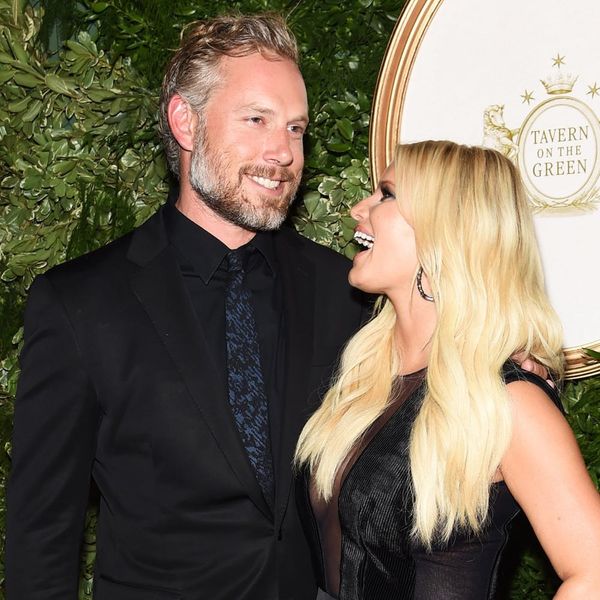 “SURPRISE,” she captioned the first of two photos, a snap of her children Ace Knute, 5, and Maxwell “Maxi” Drew, 6, holding a pair of giant polka-dot balloons.

The second photo showed the kids in the same spot after the balloons had been popped to reveal a flurry of smaller pastel pink balloons inside. “This little baby girl will make us a family of five,” she wrote, revealing that they’ll be welcoming a new daughter. “We couldn’t be happier to announce this precious blessing of life.”

Simpson and Johnson have been together since 2010, welcoming Maxi in 2012 and Ace a year later in 2013. They married in 2014, four years after they first got engaged.

A year ago, Simpson said in an appearance on Ellen DeGeneres’ talk show that she and her husband did not plan to have any more kids, and that her IUD would make sure that nothing was “going to get into that uterus.” She later eased up on that stance, though, when she admitted to ET earlier this year that she did occasionally still feel herself getting “baby fever.”

“My daughter is about to turn 6, May 1 is her birthday, and my son is going to turn 5 on June 30, and it’s just like, ‘Wait, so this is no longer toddler, this is full-on kid,'” the fashion designer said. “My daughter [already] thinks she’s a teenager. My son at least wants to be a baby still.”

It’s clear from social media that they’re a tight-knit group, and the new addition will no doubt bring even more joy to the fold. Congrats to the growing family!