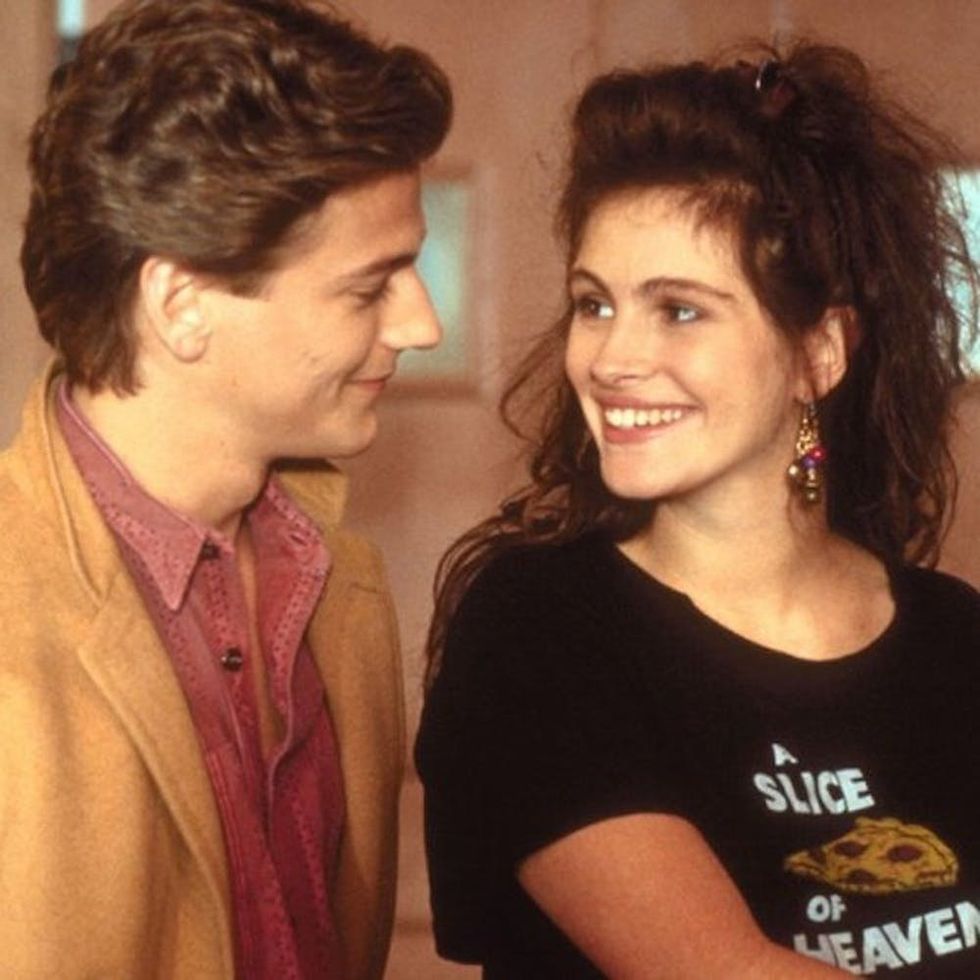 When Julia Roberts starred in her breakout role as sassy Daisy in 1988’s Mystic Pizza, her wild, brunette hair certainly caught the attention of the world. But, as the veteran actress revealed in a recent interview, those effortless dark-hued curls didn’t actually come so, uh, effortlessly.

Roberts was an unknown actress working odd jobs in New York City when she was advised to dye her blonde hair dark brown to audition for the coming-of-age flick. But the first time she colored her locks resulted in an epic hair fail.

The Lancome ambassador says she used an entire can of colored mousse on her mane, which was pretty much a disaster. “It was so brown and stiff and curly, and I had this audition with Adam Storke, [her love interest in the film.] I was so self-conscious of how stiff my hair was — and he’s touching it, and his fingers are turning black,” the InStyle December 2017 cover star told the mag.

To make matters worse, as she headed back to her apartment on the subway after the audition, she got caught in a rain storm, sending the dark mousse dripping down her whole body. Yikes!

Of course, she landed the career-making role anyway, and the rest was history. But it definitely makes us feel a bit better that even the most legendary heads of hair in Hollywood aren’t immune to some DIY disasters.

What do you think about Julia’s DIY hair fail? Let us know @BritandCo!

Arielle Tschinkel
Arielle Tschinkel is a pop culture junkie who went to NYU because the Olsen twins went to NYU (really). She is a freelance writer whose work has also been featured on HelloGiggles, Refinery29, SheKnows, Bustle, Hollywood.com, and many others; and she's living her dream one Britney Spears GIF at a time. Follow her on Twitter @mrstschinkel or visit her website at arielletschinkel.com.
Celebrity Hair
Hair
Celebrity HairHair Color