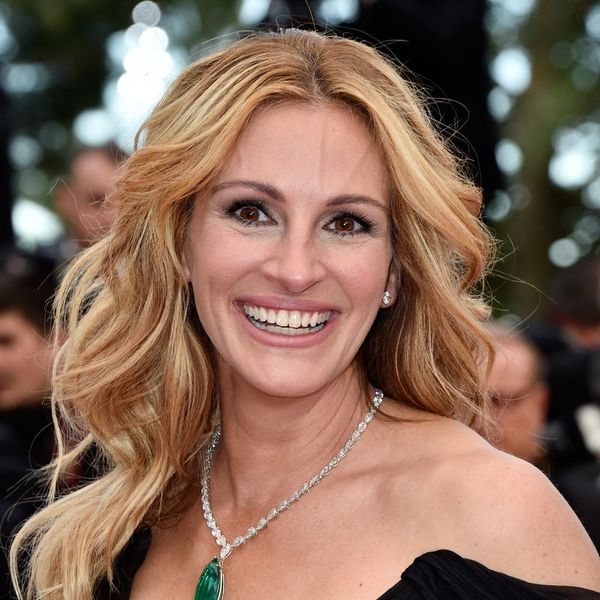 These days, Julia Roberts is the kind of person who goes barefoot at Cannes to (presumably) make a point about equality. But as she admits in a new interview, America’s Sweetheart wasn’t actually all that sweet early in her career.

“I was my priority, a selfish little brat running around making films,” the Oscar winner told Harper’s Bazaar UK for their new cover story, recalling her first years in the industry.

She said she changed her ways when she fell in love with her husband, Danny Moder. “It was meeting Danny… finding my person,” she told the mag of Moder, a cinematographer, whom she married in 2002. “When I think about what makes my life my life, and makes sense and just shine inside of me, it’s him. Everything has come from that for me.”

Roberts and Moder met on the set of The Mexican and have worked together on several other projects since, including Mona Lisa Smile, The Normal Heart, Secret in Their Eyes — which Roberts admits is a mixed blessing. “There’s comfort there, but also terror, which is a good combination,” she revealed, adding, “Terror because the person I want to impress most is looking right at me.”

The 49-year-old also talked about her role as a mom, telling Harper’s Bazaar UK that a normal day for her is not stepping onto a movie set or doing interviews for magazines, but rather taking care of her 12-year-old twins, Hazel and Finn, and her 10-year-old son, Henry. “If I wasn’t here today, I’d be in the carpool lane ferrying my kids to school,” she shared.

And while that might not sound glamorous, it’s exactly the life that Roberts wants — which is why she’s not rushing into her next acting job. “I just wait to see what comes along, as opposed to looking for it. It makes it fun and organic,” she told the mag. “There’s an almost unfair bar that a script has to attain for me to say, ‘I’m going to drop everything for this.'”

That choosiness isn’t new, though. “I didn’t work for a couple of years in my 20s, because I was being offered scripts and thinking, ‘Is it me or is this all just crap?’ I figured I could cover my rent and wait for something good,” she explained. “I’d been spoilt with some great jobs already, so I was like, ‘Why do that part with that person, when I was just doing that part with these people!'”

Because of that, she’s pretty proud of the movies she has done. “Deep down, we all know you can’t stand on the top point of a pinnacle on your tiptoes, and not at some point lose your balance, or get tired, or say, ‘Okay, somebody else take over, I have to go to the bathroom,'” she said in her quirky-yet-honest way. “There are great things I’ve accomplished and I’d be happy to accomplish more, of course, to impress my children and my husband. But you know what? I’ve been spoilt already.”

What do you think about what Julia Roberts has to say about her career and her early “selfish little brat” days? Let us know @BritandCo!