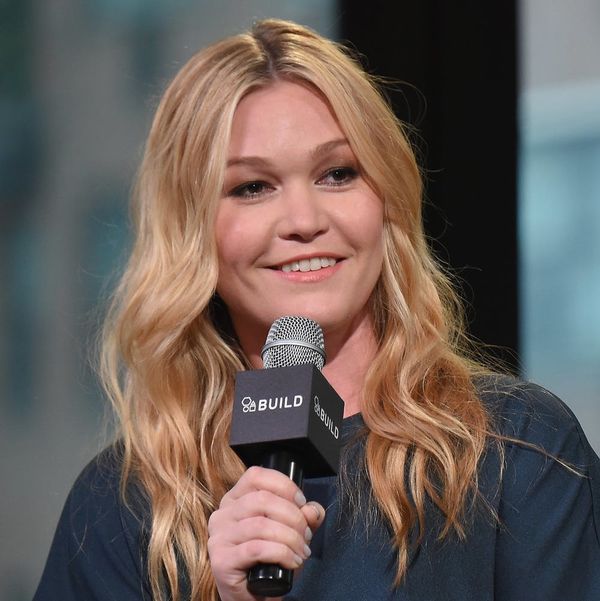 Julia Stiles is one heck of a dedicated music fan! Pregnant with her first baby, the actress recently embarked on a full-on camping trip in order to attend a concert. And while sleeping outside to hit up an outdoor venue is something *many* of us have done at one time or another, Stiles happened to do it while nearly eight months pregnant. Wowza.

Stiles was one of the attendees at a Nathaniel Rateliff & The Night Sweats concert held at the George Amphitheater this past weekend in George, Washington. She took to Instagram to show off a shot of herself with tents set up and a gorgeous view in the background.

In the shot, the 10 Things I Hate About You star holds her baby bump in one hand and one heck of a comfy-looking (and probably desperately needed) body pillow in the other. She added the caption, “That time I went camping, nearly eight months pregnant, just to see @nathanielrateliff and the @nightsweatsnc.” While the 36-year-old actress doesn’t exactly look 100 percent chipper in her pic, she certainly does look totally lovely with her strong camper-chic vibe.

That time I went camping, nearly eight months pregnant, just to see @nathanielrateliff and the @nightsweatsnc

Engaged to Preston J. Cook since December 2015, Stiles has kept relatively quite about the pregnancy, other than her other adorable baby bump pic that she shared back at the beginning of August with the sweet message, “Alright, I couldn’t resist.”

We kinda hope she also can’t resist sharing a pic of the little one after the baby finally makes their big arrival. *fingers crossed*

Did you go camping or travel while pregnant? Let us know @BritandCo!