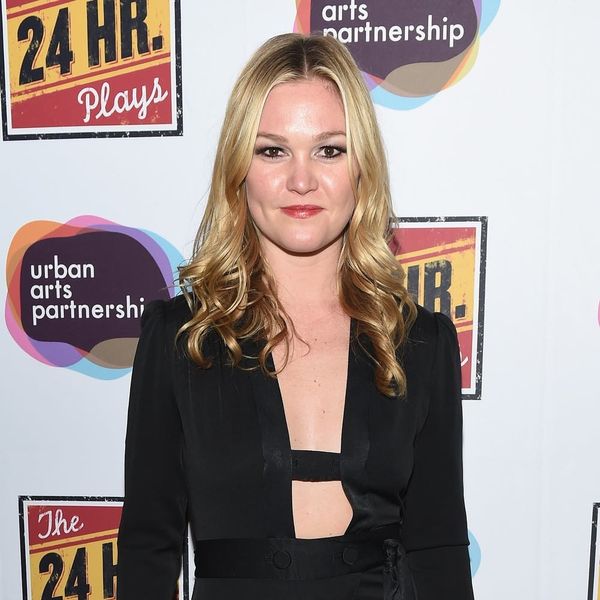 Julia Stiles has tackled rom-coms (10 Things I Hate About You and The Prince and Me), action movies (Bourne Ultimatum), drama (Save the Last Dance and The Drowning), and television (Sky Atlantic’s Riviera). But she’ll take on her biggest role — mom — later this year. According to People, the actress is pregnant and expecting a baby with her fiancé, Preston J. Cook.

After an interview with Magic FM’s Nick Snaith in London today, Stiles showed off her baby bump in a photo with the radio host. And while we didn’t get many details about the baby in the interview, she’s not hiding the fact that she’s pregnant.

Stiles and her fiancé met on the set of Go With Me (AKA Blackway) in 2015, and he proposed in December of 2015. This will be their first child.

The two weren’t together for very long before getting engaged, but Stiles saw the proposal coming. “We had had a conversation waiting for an elevator one day, where he was randomly like, out of nowhere, ‘With jewelry, you don’t really wear silver or platinum. You’re more into gold,’” she told Kelly Ripa in July 2016 on Live! With Kelly. “And then I went, ‘What is up with this conversation?’” On January 4, 2016, she posted an engagement ring pic with the caption, “Best Christmas Ever! 💖”

Stiles is currently making the rounds in London to promote Riviera, but she and her future husband are bound to be closer than ever once the baby is born. We just can’t wait for even more cute baby bump pics!